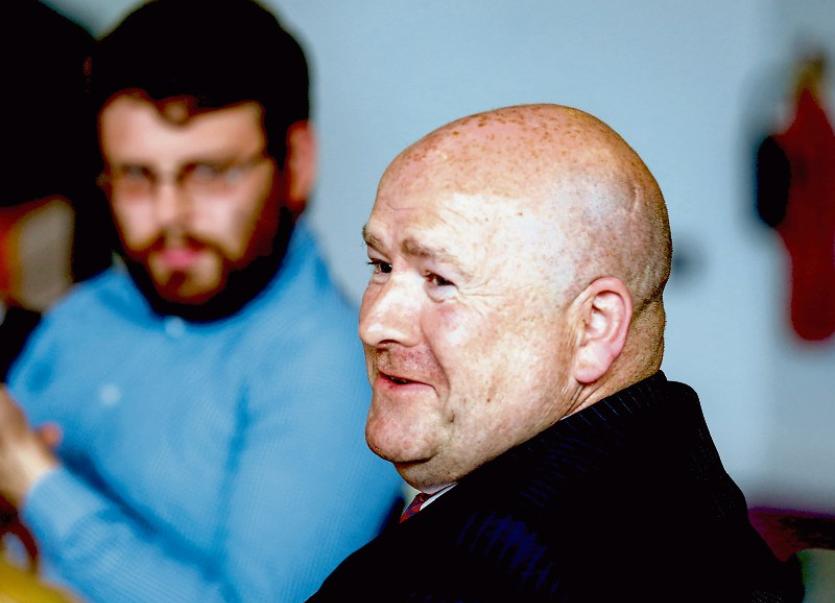 The new metropolitan mayor of Limerick, Fianna Fail councillor Sean Lynch, has changed the menu for councillors during meetings

THE newly elected Metropolitan Mayor of Limerick has defended his biscuit ban at council meetings in favour of platters of Brie – but the move hasn’t tickled every tastebud.

Metropolitan Mayor Sean Lynch saw that fellow councillors feasted on a diet of Brie and blue cheese this week, after imposing a ban on sugary foods to sustain public representatives through four-hour Council meetings.

Instead of trays of Bourbon and custard creams, as well as ginger biscuits, cream buns and scones, Limerick councillors were presented with platters of crackers, relishes, and an assortment of cheeses and fruit.

​While one former mayor protested that he was forced to bring in his own scone as he “doesn’t like cheese”, Sinn Fein councillor Seighin O Ceallaigh also queried the cost to the taxpayer in serving up “fancy cheeses”.

But Mayor Lynch said he is “delighted” with the change and is “not stopping people from what they want to eat”.

“I’m a firm believer in healthy body, healthy mind, and this is what I’m bringing to the table during my term as mayor.”

In relation to the costs of their sustenance, he said: “They [councillors] deserve it; it’s a long day and it’s only a snack.”

Sinn Fein councillor John Costelloe said “there was so much fruit I thought I was in the Bahamas.”

“What’s wrong with a bit of Limerick ham or the old classic tripe, instead of these exotic foods,” he said in jest.

Former mayor of Limerick, Independent councillor John Gilligan, who opposed the ban on sugary foods, said it is another example of Ireland edging closer to being a “nanny State” – after it was enforced by a former high-ranking member of An Garda Siochana in Limerick city.

“I don’t like cheese, and if I was to die of hunger, I wouldn’t eat cheese, so I brought in my own scone," he told the Limerick Leader.

“I don’t have a problem with bringing in my own scone, but what really bothers me is some people taking a righteous attitude,” he said.

“If any office or factory worker was denied a scone with their cup of coffee, from 9am to 1pm, I think you would actually be breaking legislation.

“I didn’t want to make a big deal about it so I brought in my own scone, but I think it’s a bit high-handed and we’re not quite a nanny-State yet, and I don’t want it to go that way.”

Cllr Gilligan said that it is oxymoronic that Limerick City and County Council is on the one hand inviting food truck festivals into the city for commercial enterprises and yet denying its own public representatives free will over what to choose to eat on their coffee breaks.

A scone, he said, “is not over and above - nobody is looking for a four-course meal here” and added that “there is a simple thing called choice”.

He urged fellow elected representatives that they should lead by example, and said that alternative was that they would “all become diabetics”.

The former detective, who was involved in the prosecution of some of Limerick’s most notorious criminals, earlier said: “How can we as a local authority be talking about tackling obesity? Let’s lead by example.”

When the ban was first mooted, Cllr Gilligan retorted that he has a number for Weight Watchers for anyone interested in slimming down, but revenge was a dish best served cold this Monday.