Sixty horses put down in Limerick to date this year 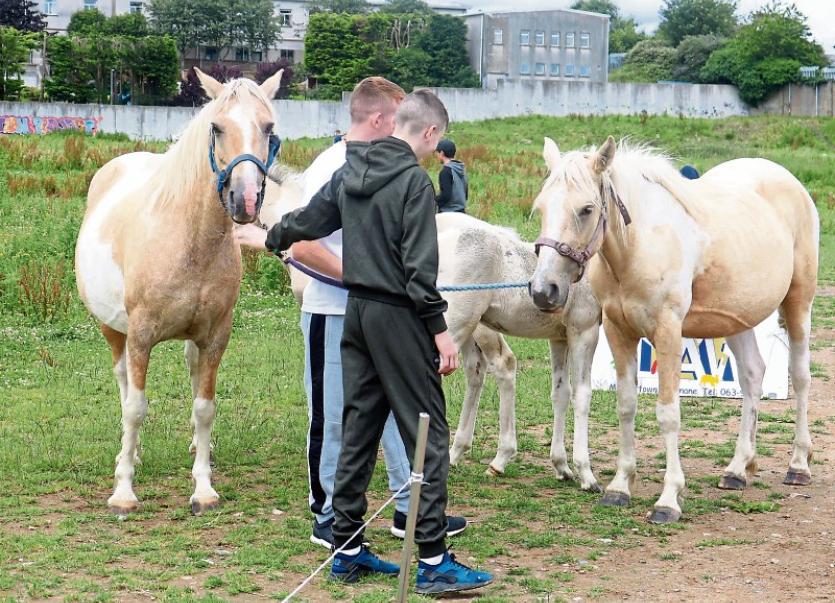 OVER 2,000 horses seized in Limerick have been put down in the last seven and a half years, at a cost of millions of euro to the taxpayer.

Sixty horses in Limerick were euthanised so far this year, after the council seized 74 horses illegally held within the city.

Figures provided to the Limerick Leader for up to July 10 show that expenditure on horse control amounts to €89,327.14 to date this year.

However, the council earlier estimated that it is likely to spend in the region of €475,000 on horse control in 2017, a 14% reduction on last year’s figure.

Of the 74 horses seized this year, four were released to owners, nine were rehomed, one is still in the pound, and 60 were euthanised as per bye-laws.

The council spends on average in the region of €500,000 a year in seizing horses, with the majority of them put down.

Since 2010, a total of 2,435 horses have been seized in Limerick under the Control of Horses Act, and 2,014 of those have been killed, including figures up to this July, according to figures provided by the Department of Agriculture, Food and the Marine.

Limerick has the highest number of horses seized in the State, after Dublin City Council and South Dublin County Council.

Metropolitan Mayor of Limerick, councillor Sean Lynch, said that people’s love of horses in Limerick stretches from every social class, from racing magnate JP McManus to the cultural reference in the Rubberbandits’ ‘Horse Outside’ song, but community-led horse projects are needed.

“Limerick needs to look at other regeneration areas such as Ballymun and Clondalkin to see how this is done, and ideally we’d need four horse projects across the city on a smaller scale.

“We need to get young people out of beds in the morning to take control of their horses,” he said.

Anna Gallagher, who is leading the Horse Education Limerick Project Southside (Helps) in Limerick, which to date remains unfunded, said the neglect of horses in Limerick remains a paramount concern.

“It’s a never-ending cycle and we have to change the culture. We have to educate children about the care of animals, because it’s unfortunate that the animal continues to suffer.”

In the past eight weeks, she said she has called to Council to notify them of six carcasses of dead horses on one halting site alone.

She added that “dangerous” wild stallions which were left to roam free in Southill have also been impounded, as they posed a risk to children.

Ms Gallagher, a volunteer with Limerick Animal Welfare, urged the Council to back funding for an educational community horse project, where horses can be kept in stables in the city, modelled on the community-led horse project operating in Clondalkin.

Officials with Limerick City and County Council have repeatedly warned horse owners that it is illegal to keep horses within the city without a license – which are rarely granted – and that they are at risk of fines of up to €17,500 and imprisonment for six months.

The council has established a control of horses working group to consider the “ongoing matters in relation to horse control and in particular, the urban horse issue.”

Funding from the Department of Agriculture, Food and the Marine may be available for such a project, as others have been established in Tralee and Clondalkin.

“The council continues to raise the various issues pertaining to the operation of the control of horses legislation at a national level,” said Kieran Lehane, director of physical development in Limerick.

At a local level, he said, revised bye-laws aimed at prohibiting sulky racing have been drafted and have been advertised for public consultation.

A horse found wandering or tied up may be pounded and destroyed, and getting a horse back can cost up to €1,500.