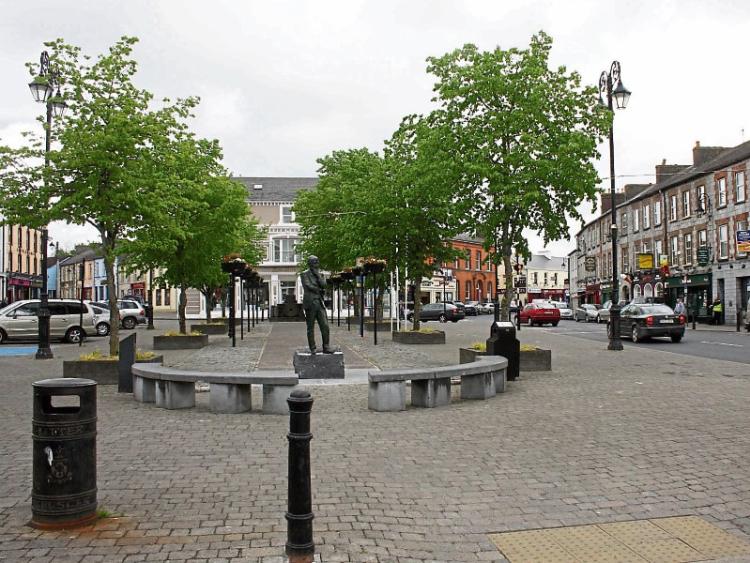 The heart of the stunning Cistercian Abbey in Pelplin, which is the second-largest brick church in Poland

NEWCASTLE West is stepping up to the plate and getting ready to do its bit for European integration. Plans are now being made to send a delegation from the county town to Pelplin, in the Pomeranian region of Poland in September.

And the long-term hope is that it will lead to a formal twinning between the two towns.

The trip is being master-minded by Newcastle West Community Council but the real spark for the project has come from Pelplin-born Monika Krajnik Swieczkoska. Monika made Newcastle West her home over 12 years ago and is a member of the community council.

“We have a different culture in Poland. Christmas, school, work, everything is different and we would like to show these different things,”  Monika says.

She is particularly keen to foster school exchanges as so many children with Polish backgrounds are now attending Newcastle West schools.

But Monika also believes the links between the two  towns could be advantageous for business people in both countries.

The visit to Pelplin is being helped along by the fact that Monika’s dad, Jan Krajnik is chairman of the Pelplin council.

Pat Brennan, chairman of Newcastle West Community Council, is hoping that their forthcoming visit will help copperfasten the link with Pelplin.

“A group went to Pelplin a few years ago and a group came here but then it died off,” he explained.

But then, Monika asked them to resurrect the idea again. Now, after a few false starts, they are  hoping to head off on the first week in September.

“Monika is the only one involved with us but we are hoping a visit there would maybe get more Polish people involved. The whole idea is integration as well as making new friends,” he said.

Pelplin is located in central Poland, in the region of Pomerania, and less than 50km south of Gdansk.

With a population of about 9,000, its most striking feature is the Cistercian abbey dating from the middle ages and its cathedral, the second largest brick built church in Poland.