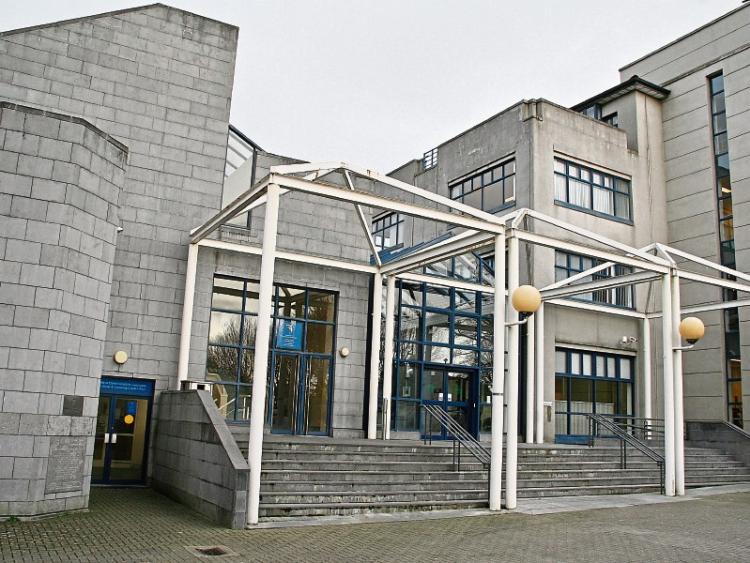 A JUDGE has refused bail for a young man charged with possession of a sawn-off shotgun, in connection with this week’s shooting incident in Limerick city.

Keith Lillis, 23, of Galvone Road, Kennedy Park, appeared at Limerick District Court this Thursday evening, in connection with the shooting in Kennedy Park on Tuesday, July 11.

Mr Lillis was charged with possession of a firearm under suspicious circumstances, under Section 27(a) of the Firearms Act 1964.

Detective Garda John Keane, of Roxboro Road garda station, said that it will be the State’s case that Mr Lillis was allegedly seen to have a sawn-off shotgun on his person when approached by gardaí, at Galvone Road.

He alleged that when the shotgun was received, it had two live cartridges, and a further cartridge was located in Mr Lillis’ pocket.

Sabina Hegerty, solicitor for Mr Lillis, said that her client claimed that he witnessed the shooting incident while smoking on a roof in Kennedy Park.

Ms Hegerty said the accused claimed that “he was in fear of his life” and that the weapon was “forced down his jacket” following the incident.

The court heard that he was arrested and detained under Section 30 of the Offences Against the State Act 1939 at Roxboro Road garda station.

It will be alleged that, two hours prior to Mr Lillis' arrest, a man and a juvenile were in a gold Suzuki jeep.

It will be alleged that, at Maple Court, Kennedy Park, the man sustained a gunshot wound to the stomach and sustained an injury to his left elbow. The juvenile sustained a hip injury, the court heard.

The man’s injuries, he told the court, are “serious, but not life-threatening”.

If granted bail, Det Gda Keane said, it was his belief that Mr Lillis would commit alleged further serious offences, and that he presented as a “flight risk”.

He said that Mr Lillis had a “serious addiction to cannabis” and claims that he spends half of weekly wages — €160 — on cannabis.

Gda Keane said that it will be alleged that the accused had ammunition in his pocket and that he failed to disclose this to gardaí.

Ms Hegerty said that Mr Lillis claimed that the cartridge was placed in his pocket “unbeknownst to him”.

Ms Hegerty said that the 23-year-old claimed he had “no knowledge” that the event was going to take place.

“He did say that, judge,” Gda Keane responded.

She told the court that he resides with his family and asked the garda if he was aware that he was a caretaker in a boxing club.

Ms Hegerty added that he is currently doing a course. She said that because of these commitments, he would abide by “the strictest of bail conditions”, if his application was successful.

Sergeant Donal Cronin, prosecuting, said that the case was a “very serious matter”.

Judge Marian O’Leary, presiding, said that in view of the evidence and the “seriousness of it”, she was refusing bail, and remanded the accused in custody until next Tuesday, July 18.