Family says award not excessive due to 'catastrophic injuries' 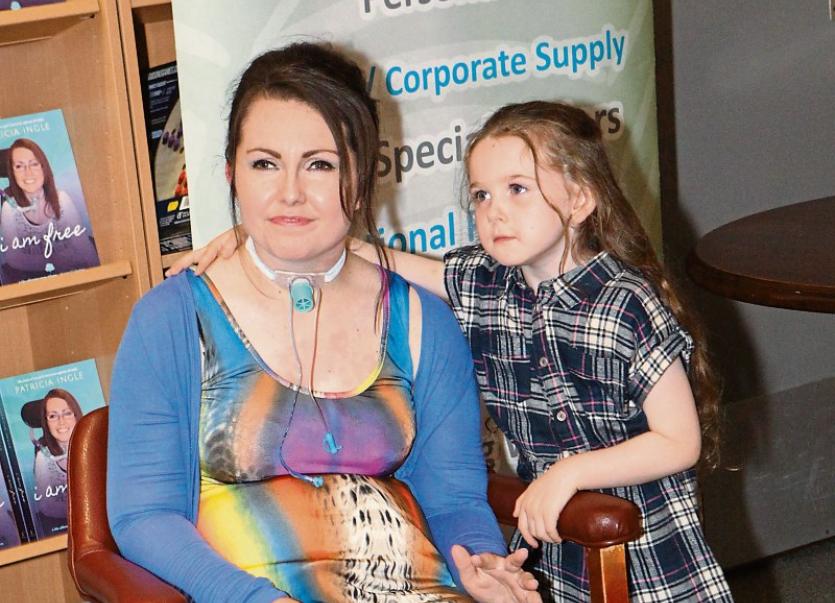 AN award of €10.6m to a young Limerick woman who has been left paralysed after contracting a rare disease is not excessive given her “catastrophic injuries”, her family has said.

Patricia Ingle, 28, spent over 1,000 days in hospital when she was left paralysed and brain-damaged when she contracted a disease, allegedly from a parrot in a pet store in Limerick, in 2008.

Nine years on, her family said that she continues to require “a mini-industry” of health professionals for her 24-hour care. She remains dependent on a ventilator, has to be tube fed, is in a wheelchair, and requires constant care.

Ms Ingle has received four payments since 2011 now totalling €10.6m, varying from €1.9m to €3.7m, as well as a payment of €3m for the next three years, which was approved in the High Court this week by Mr Justice Kevin Cross. Further payments to Ms Ingle will be reviewed again in 2020, her family confirmed.

It was claimed she suffered her injuries after contracting chlamydia psittacosis – an airborne infection which can be transferred from birds to humans – while working at the Petmania store at Ennis Road, in 2008. She also alleged her condition was negligently mismanaged by the HSE.

“It looks and sounds like an awful lot of money but Patricia's injuries were catastrophic and it all goes to her care,” said her father Pat.

“She requires care 24/7, including a care nurse and a health care assistant, night and day. She has also requires speech therapy, a physiotherapist, an occupational therapist and a psychologist.

“Her speech has improved greatly, and she is able to come off the ventilator for some time during the day, but remains constantly on it at night,” he explained.

Mum Annette Ingle said her daughter would “give anything not to be in a wheelchair, but unfortunately there’s nothing we can do about that.”

“She’s a great girl. There really is no stopping her. She keeps trying and refuses to give up. She has sessions with her therapists every day, except at the weekends, because she needs a break too. We were told that Patricia would never be able to come off a ventilator and be able to breathe on her own again, but she has done that and she is the one who instigates everything,” she told the Limerick Leader.

“Patricia has said ‘I could be angry but what's the point, as I wouldn't have any life then.’”

She said her daughter also wishes to help others in rehabilitation, especially those who are losing hope, and give talks to nurses and carers.

“She has repeatedly expressed her wish to speak to those in Dun Laoghaire rehabilitation centre, and her attitude is 'I have wheels and can travel.'”

She said her daughter is now frequently recognised in public, following her TV appearances and the publication of her book, 'I am Free', which was launched by broadcaster Miriam O'Callaghan.

Her plans of building her “dream home” in Murroe, Co Limerick, on a site most suitable to her “unique and self-evident needs” are currently before An Bord Pleanala, following a single objection.

Upon her release from hospital, Patricia had three wishes - to write a book about her journey to recovery, to have a party and to build a house. She has now fulfilled two of those wishes.

She also hopes to travel to Florida on holiday, as she was due to travel there just before she fell ill.

“It was all booked and paid for. It was our gift to her. She wants to continue what she was planning to do up to that time. Flying to Florida would be a big logistical operation, and we don’t know how we’ll do that yet.”

Despite her medical difficulties, she said Patricia tries to live as normal a life as possible. She goes to concerts and on weekends away, loves cooking with an assistant and has taken up art.

One of her paintings, which she posted online, is of a ballerina dancing in the rain, underneath an umbrella, with the caption: “Life isn’t about waiting for the storm to pass – it’s about learning to dance in the rain.”

She has also posted videos on YouTube detailing her progress, showing her attempts to stand up and raise her leg. “Simple I know, but not for me yet,” she wrote. This August 5 marks the six-year anniversary since her release from hospital.