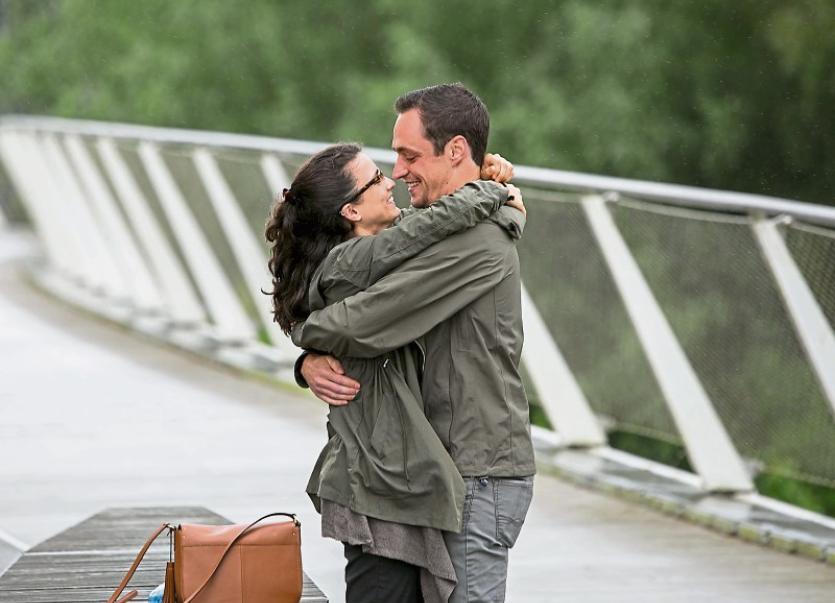 She said yes! Photographer Oisin McHugh captures the magic moment as Ryan and Megan get engaged

A FORMER University of Limerick international student has proved lucky in love, using the Living Bridge for a surprise wedding proposal at his alma mater.

American student Ryan Sappington, who completed a Masters in Psychology in UL in 2016, was lucky in the first instance to win a competition to return to the University – bringing his girlfriend Megan along for the trip.

Ryan entered the Win a Free Flight Back to UL competition just before finishing his masters – a contest that was open to all international students that were enrolled in UL during the past academic year.

The Virginia native returned to Limerick with Megan – without telling her that he planned to ask for her hand in marriage when they reached her favourite part of the UL campus.

He even enlisted the help of staff at the International Education Division in UL in coordinating the moment when he went down on one knee. 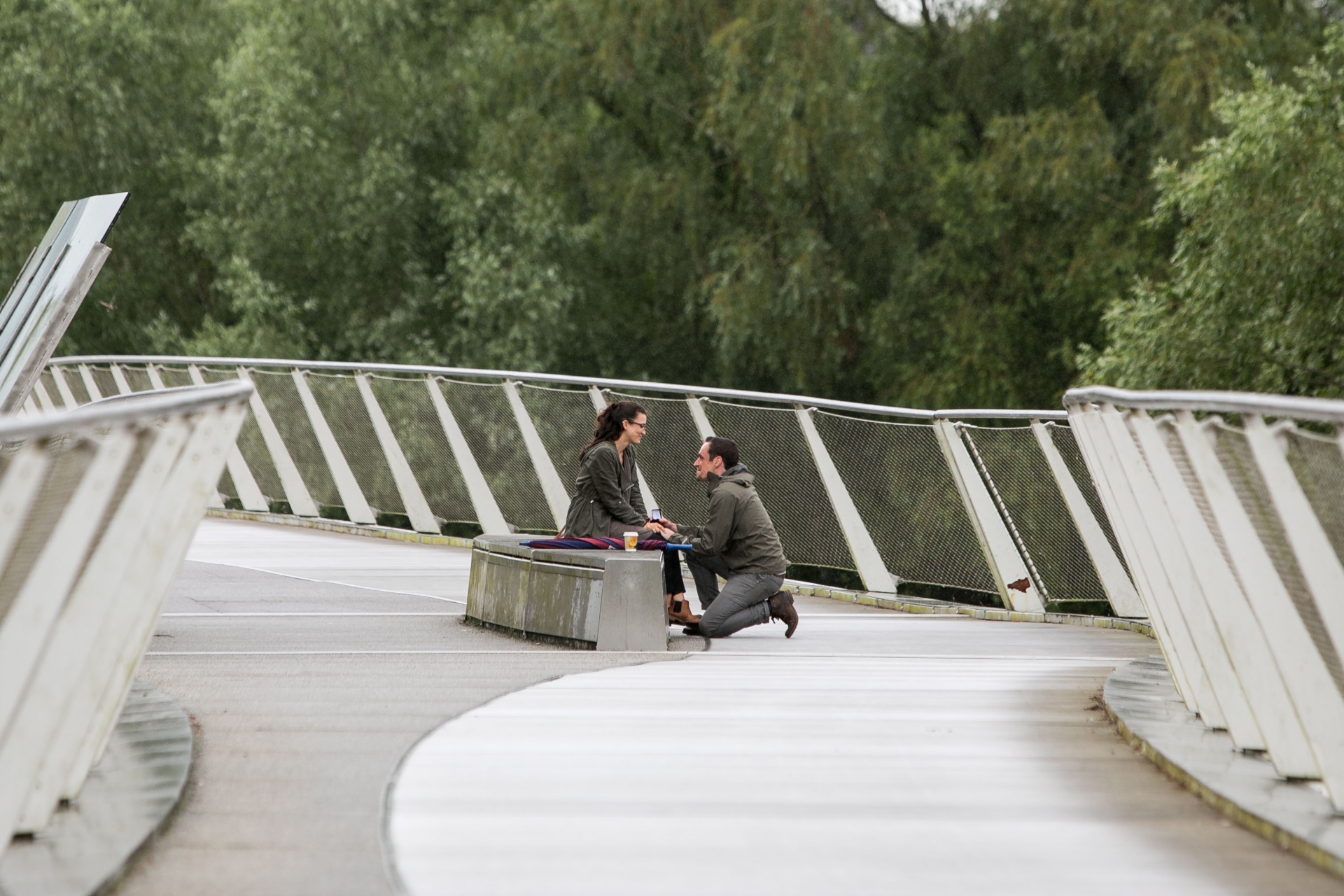 “When Megan visited me while I was a postgraduate student at UL, she loved that bridge,” said Ryan.

“I planned to tell her that I was meeting someone else for coffee at the Pavilion after having lunch with some of the staff from the International Office, thus giving us the excuse to walk across the bridge.”

Unknown to Megan, staff from the office were lying in wait with a bottle of champagne at the ready for when the proposal took place.

They had also organised a photographer, who posed as a bystander taking pictures of the river, to capture the moment. Thankfully everything went to plan, with the sun shining and Megan answering in the affirmative.

Following their return visit to UL, Ryan and Megan have planned a tour around Kerry before returning to the US, where Ryan is now pursuing a PhD at the University of Maryland. 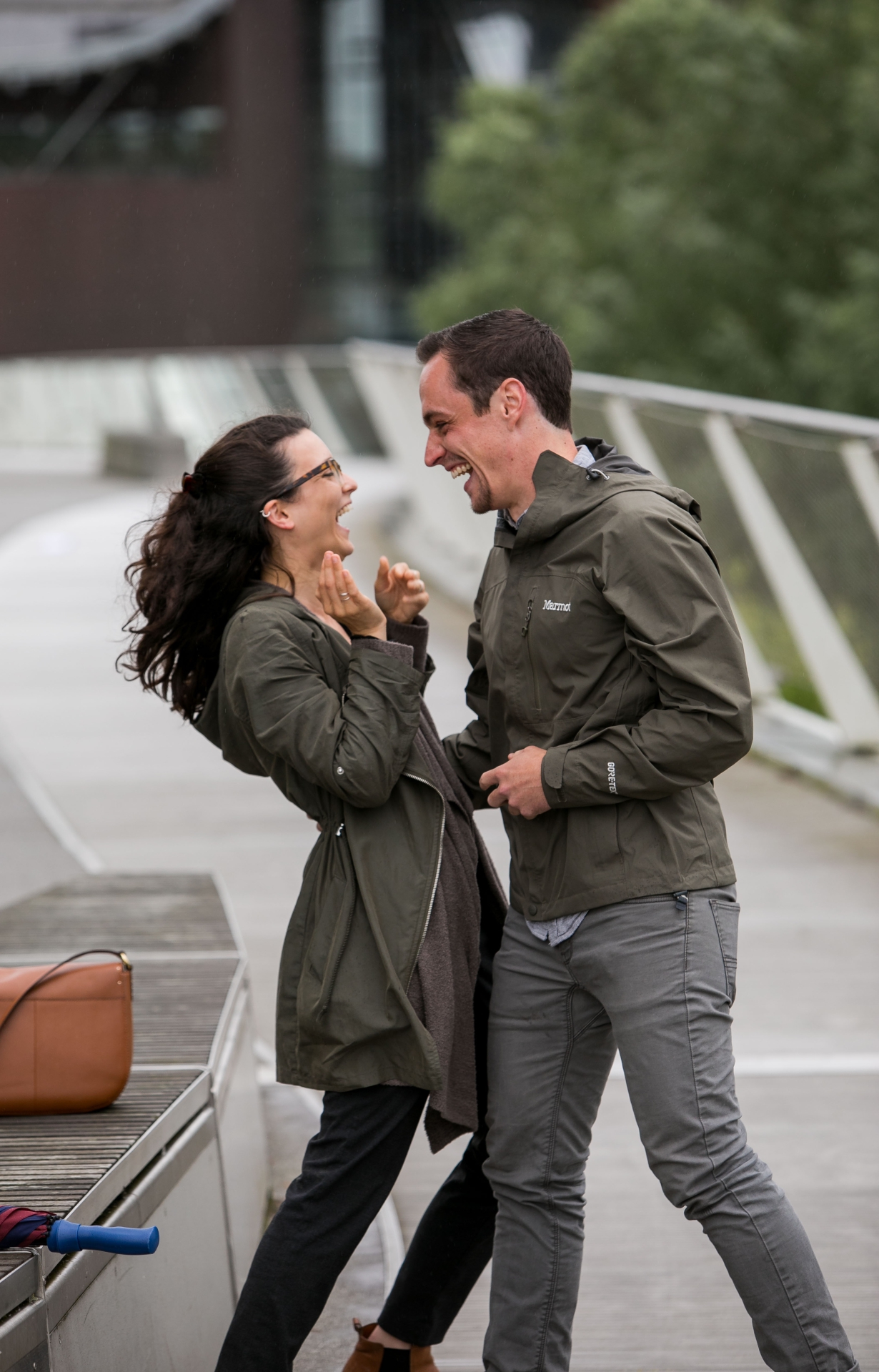