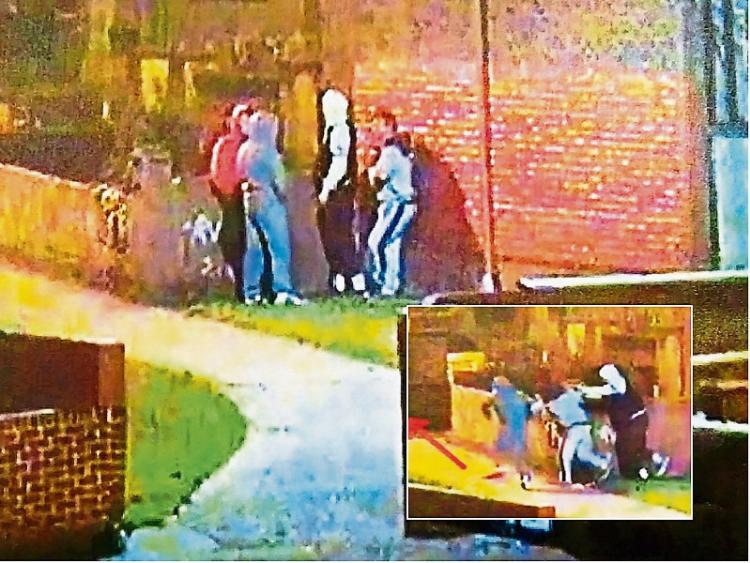 CCTV footage of the incident at Dalgish Park, Moyross was shown in court

A YOUNG man who fired two shots at a group youths from the back of a car has been jailed for three years.

During a sentencing hearing earlier this year, Detective Garda Enda Haugh told Limerick Circuit Court gardai were alerted to the shooting incident at around 11.30pm and that when they arrived they encountered one youth who had “obvious pellet marks on his face and body”.

While the man was taken by ambulance to University Hospital Limerick, he discharged himself before he received any medical attention and declined make a witness statement.

Detective Garda Haugh said the car used by the culprits, which was later found burned out in Clonlara, can be seen on CCTV reversing to the alley where the four youths were drinking.

The rear-seat passenger, he said, opened the window and discharged two shots from a shotgun in the direction of the group.

While O’Dywer made admissions following his arrest, the driver of the car – Mr X – did not.

Detective Garda Haugh told John O’Sullivan BL, prosecuting, the defendant owed Mr X €100 and that he had received a phone call earlier in the night informing him about the planned attack.

Mr X, he confirmed, has not been prosecuted in relation to the shooting and the shotgun has never been recovered.

Andrew Sexton SC that O’Dwyer is an “impressionable sort of young man” and that he is someone who is easily manipulated.

He said he developed some behavioural issues after he sustained a head injury in a car crash in 2010 and suffers from a mild learning disability.

He said what happened was “very much out of character” for him and that there would not have been a case but for his admissions.

”He was very drunk at the time,” said Mr Sexton who described his client as being “naive and impressionable”.

A hand-written letter of apology was submitted to the court this Wednesday along with a detailed probation report.

Imposing sentence, Judge O’Donnell said the discharging of a firearm and the inflicting of injury was an aggravating factor.

”His actions could have been fatal,” he said adding that the use of firearms was “totally unacceptable in any civilised society”.

The judge noted there was an element of duress on the night and that he had cooperated with gardai following his arrest. He also noted the positive contents of a number of character references.