Smarter Travel team up with gardai for initiative 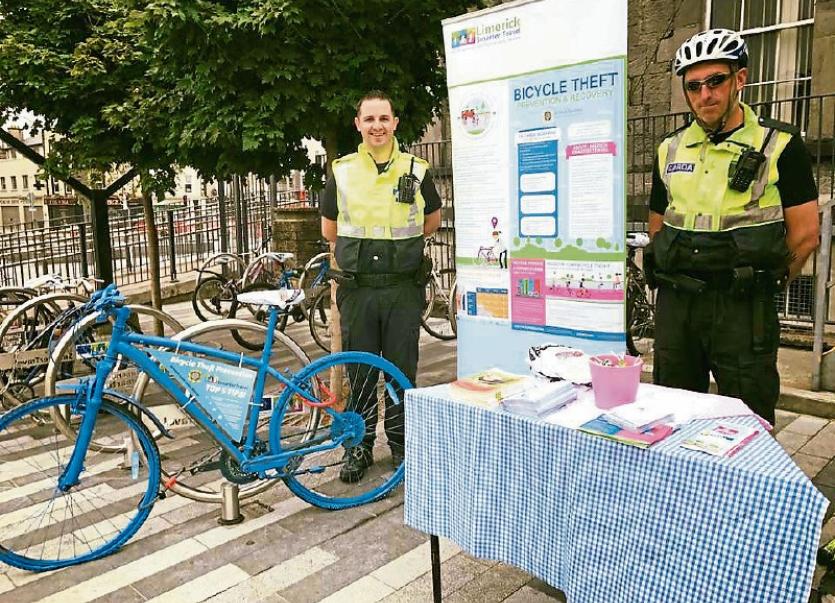 LIMERICK Smarter Travel has teamed up with community gardai from the Roxboro Road district in an effort to reduce the number of bikes which are stolen or interfered with.

There has been a spate of reported incidents in recent weeks sparking the roll-out of the initiative.

Information and advice has been given out at a number of public information stands at locations across the district – most recently at Colbert Station.

“Bike thefts are a major problem and we just want to let people know what things they can do reduce the chances of their bike from being targeted or stolen,” said Lis Ann Sheahan of Limerick Smarter Travel.

”There are things people can  do and we have been issuing advice as to where to lock your bike, what type of lock to use and also what to do to help recover your bike if it is stolen,” she added.

While there have been a number of incidents reported in recent weeks, there are concerns that the problem is much worse then the figures would suggest.

“It is difficult to know how much of a problem it is because people get frustrated with the system and they don’t report (bike thefts) them so there are no accurate figures,” said Ms Sheahan.

Bike owners are being encouraged to register details of their bikes at Henry Street garda station and in the case of expensive bikes they should invest in high-end locks and tracking devices.