Man's injuries are not believed to be life-threatening 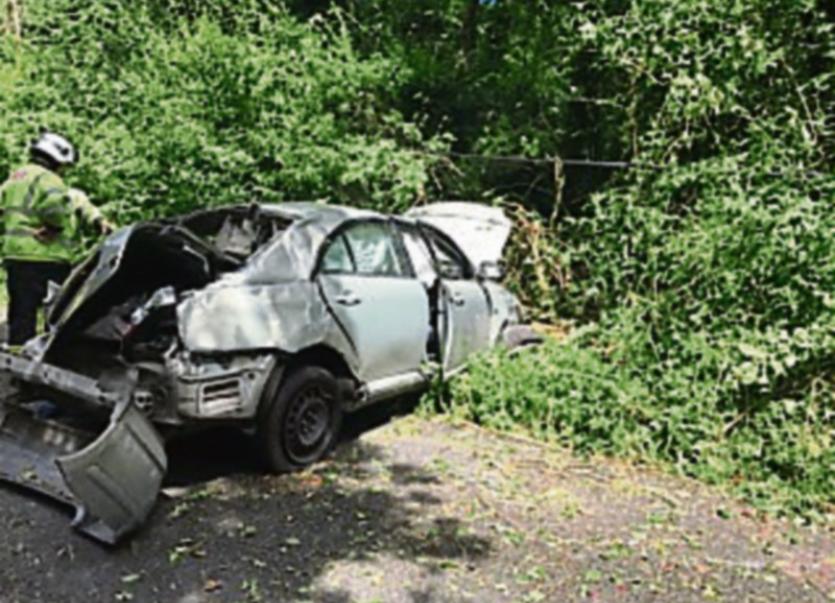 The scene of the collision between Croom and Adare

GARDAI are looking to speak with three occupants of a car that crashed in County Limerick that saw a fourth man ejected through the back window.

The serious incident took place between Croom and Adare this Sunday, and the injured man was hospitalised after sustaining head injuries.

A garda source confirmed that the three other occupants, including the driver, fled the scene after the serious crash, which happened around 2pm.

The single-vehicle collision, during which the car left the road, happened near the Woodlands House Hotel on the main road between Croom and Adare.

The man who was thrown from the car was taken to hospital after sustaining head injuries, but his injuries are not believed to be life-threatening.

Fire brigades from Limerick city and Rathkeale attended the scene along with HSE paramedics and gardai.

The road was closed for around an hour as the scene was being cleared and the car removed.

A garda investigation is underway and anyone with information is asked to contact Newcastle West garda station at 069-20650.