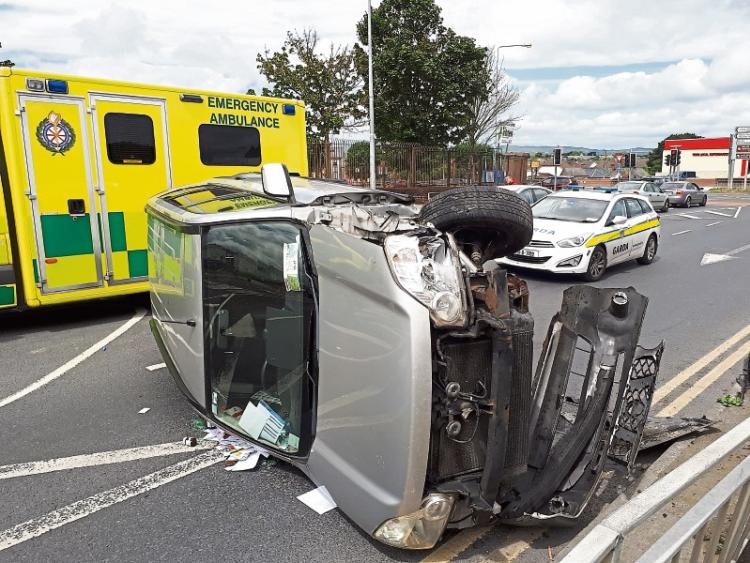 The scene of the crash at John Carew Link Road

A MOTORIST had a lucky escape this Sunday when the car he was driving overturned at John Carew Link Road in Limerick city.

The 09-D registered Nissan SUV collided with a crash barrier after the driver lost control of the vehicle shortly before 1pm.

Gardai and three units of Limerick City Fire and Rescue Service attended the scene and the road – adjacent to the Maldron Hotel – was closed to traffic for almost an hour.

We just left the scene of this vehicle rollover. A very lucky driver is in the safe hands of our National Ambulance Service @GardaTraffic pic.twitter.com/Xf6CIysIIA

The driver was treated by HSE paramedics at the scene but did not require treatment in hospital.

The vehicle was removed from the scene by a recovery truck.

While the cause of the accident is being investigated, a number of witnesses said the driver swerved to avoid a dog which  ran in front of vehicle.