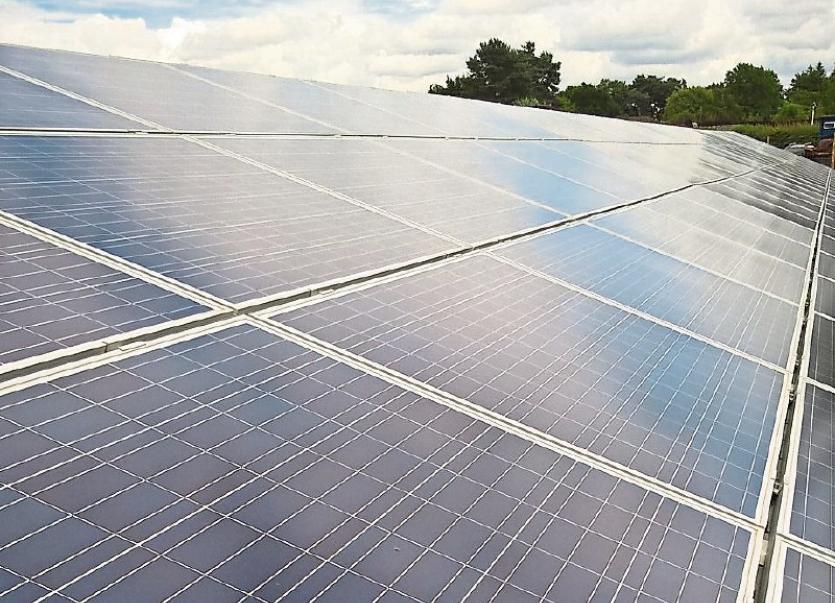 Engie Developments Ireland - part of the ENGIE Group - have lodged a planning application for a 20 acre solar farm at Dromsallagh, Cappamore that would generate electricity from renewable sources.

Worldwide, Engie’s businesses are developed around a model based on responsible growth to take on the major challenges of energy’s transition to a low carbon economy.

“We have quite a targeted approach in terms of how we identify our sites. We don’t want to identify something, for example, that wouldn’t be best suited to the location.

We have in-house GIS (geographic information systems) to help us identify sites which ensure that our applications or projects are outside environmentally sensitive areas.

“But also that they’re close to existing infrastructure such as proximity to the grid connection, so that the electricity produced can actually be used,” explained Mr McGarry.

Currently there are no working solar farms in Ireland but many are going through the planning process.

“It’s all driven by Ireland’s ambitions for a transition to a low carbon economy. There was a government-wide paper issued towards the end of 2015, and it suggested that solar as a technology would be something that Ireland would be interested in supporting.

Wind development is quite prevalent in Ireland, if anything Ireland has depended on wind for its renewable targets as set by Europe almost entirely. But I think the government want to try to diversify from wind a little bit, and are interested in what other technologies can contribute towards renewable targets.

“Solar is one way in which they can do that. Solar is something that exists in almost every other European state on a commercial scale, but doesn’t as yet exist in Ireland on that scale mainly because of that support which doesn’t exist from the government, and by support I mean, financial support. For example, although the cost of the technology is falling, the cost of the grid in Ireland can be expensive," said Mr McGarry.

Engie is proving its commitment to solar in Ireland as the farm in Cappamore will cost in the region of €5 million.

“That includes everything - the infrastructure that’s required, the grid connection, the improvements to local electricity network that everyone will benefit from, the solar panels, and the costs after that, for example maintenance,” he said.

The construction phase could also provide a spin-off for the local economy. While Mr McGarry can’t disclose the leasing arrangement with farmers he does say it is “generous”.

“The farmers that we are talking to really see this as a real advantage to them. They’re not at the beck and call of the weather conditions to depend on their income, they can diversify their income, and continue to farm the land.

One of the main benefits of solar is the ability to accommodate small animals - sheep or poultry, but as well as that, there is the biodiversity element of solar farms as well as the green electricity being produced,” said Mr McGarry.

They are actively looking for other sites in County Limerick and Ireland.

“We are continuing to talk to farmers and landowners. If someone thinks they have a suitable site, we would be happy to assess it and come out and see them, with a view to developing it along similar lines as we have done with this one in Cappamore,” said the business development manager.

People can get in touch via www.engie.ie  and by logging on they can also find out more information.

“The only thing we need now is for the support to be announced from the government. That’s one of the main risks to the operation. If that doesn’t come through, companies like us could end up retreating. If we were to call for anything it’s for the government to announce its support scheme as early as possible,” concluded Mr McGarry.