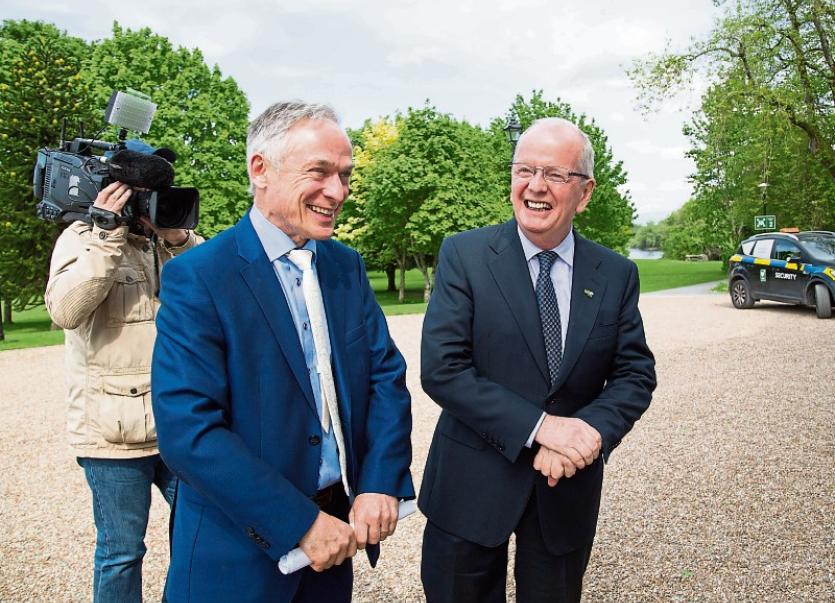 THE president of the University of Limerick has said he is “sympathetic” to two whistleblowers at UL who remain suspended with pay after two years, at a cost of €120,000 to the State.

However, Dr Desmond Fitzgerald said that he does not plan to lift the suspension of the two women – suspended two years ago this Monday – in the finance department until the findings of a new review into a series of allegations of misconduct at UL are published.

Up to a dozen submissions have now been made to the new independent review, with the deadline for submissions now extended until the end of this week.

“I am sympathetic to them and when this review is over, I will pursue it [their employment status]. However, I am bound to see the review completed and not-prejudge its outcome,” Dr Fitzgerald told the Limerick Leader.

The women had raised concerns regarding expense claims they were asked to process, and later rejected severance packages of nearly €60,000 each.

UL denied that the staff were offered confidential severance agreements on the basis of highlighting financial mismanagement, and said they were subject to a number of workplace disputes.

Both have been replaced by agency staff in the interim, with deputy Sean Fleming, chairman of the Public Accounts Committee, expressing alarm that four staff continue to be paid to do the work of two people.

The deadline to make submissions to the independent review into affairs at UL passed on Friday last.

However, Dr Richard Thorn, the former president of Sligo Institute of Technology, who is leading the review, said they will continue to accept submissions for the rest of this week, and urged people to make submissions as soon as possible.

The review - following two earlier reports commissioned by the Higher Education Authority (HEA) which cost nearly €80,000 - will examine governance, human resources, and financial practices, following a series of allegations of misconduct at UL, which the HEA said is continuing to damage the reputation of the third-level sector.

He outlined that he has a "small team" and is being assisted by two staff members of the HEA, who have been "assigned to the investigation to provide administrative support, and are gathering a range of documentation that we believe is relevant to the investigation."

"The University of Limerick was asked to provide a very, very large range of materials from 2006 on, the majority of which has been submitted and that has been very helpful," Dr Thorn told the Limerick Leader.

He said he has not made a decision yet on whether he will need to interview Professor Don Barry, former president of UL, as part of their inquiry, but has indicated that he wishes to speak with John Field, the director of finance in UL.

Dr Thorn said while all the material submitted is being collated, there is currently in the region of a dozen submissions from individual people, including those who made protected disclosures and others who signed confidential severance packages.

He said they will spend the month of June examining all documentation associated with the investigation and identifying issues he might wish to consider further, in line with the terms of reference.

"There are any number of sides to this story, and my job is to triangulate from a research sense all the submissions and documentation, and other information not in the public eye, as well as WRC hearings. This is very much a look at a full range of information," he said.

UL also provided assurances to Dr Thorn that those who had signed confidential severance agreements were free to come forward with legal impunity.

"It is the university’s understanding that the confidentiality clauses do not prevent individuals from speaking out and does not interfere with employees rights,” read a statement from UL.

Dr Thorn said "UL's assurances have helped to a certain extent, but I am aware some people are still nervous in coming forward, so the question of confidentiality and UL's position on it is a work in progress."

The review will also examine a number of severance payments made by UL to staff, totalling €827,673 between five people, some of which had not received written prior approval from the Department of Education and Skills.

Submissions are being accepted via ulreview@hea.ie.