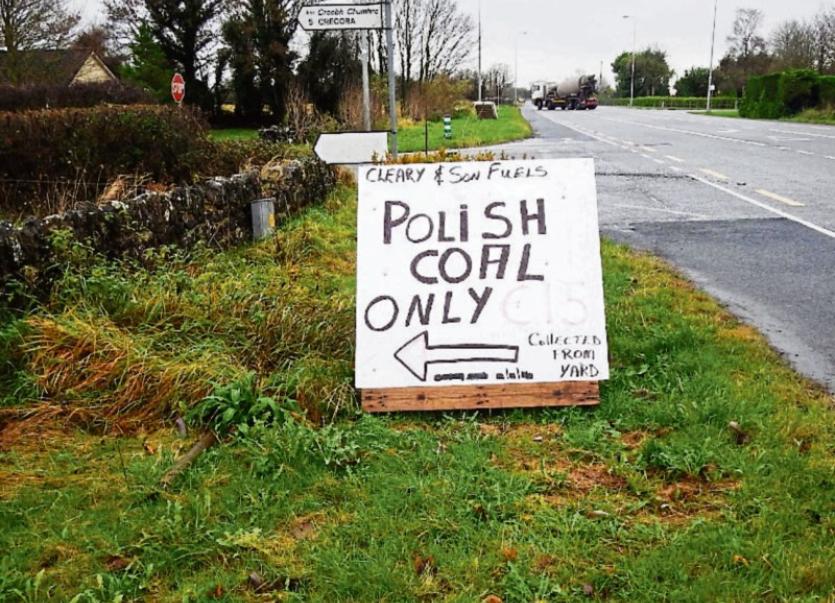 A LIMERICK fuel merchant who erected roadside posters advertising the sale of ‘smoky coal' last Christmas was fined €300 for breaches of the Air Pollution Act.

Limerick City and County Council initiated legal proceedings against Killian Cleary who operates a business at Ashfort, Crecora over the posters.

He said they were located in the townland of Ballycummin on the R526 (old N20) between the Raheen Roundabout and Patrickswell and that legal proceedings were initiated after he failed to remove them.

Judge Marian O’Leary was told the ‘marketing’ of smoky coal is prohibited in certain areas and that the posters were erected in such an area.

Cross examined by solicitor Michelle Cosgrave, Mr O’Grady accepted the defendant, who trades as Cleary & Sons Fuels, was not selling smoky coal within the specified area and that his fuel yard is located outside of the greater city area.

The witness said the defendant indicated he would remove the signage when contacted but that he failed to do so.

A €1,000 on-the-spot fine which was issued by the council on December 15, last was not paid by the defendant.

“There has never been any engagement,” said Mr O’Grady.

She said he had erected the roadside posters to “drum up some business” and accepts he had “taken a chance. The posters have since been removed she said.

When asked why he had not paid the fine, Ms Cosgrave said Mr Cleary was not in a financial position to do so.

“He wants the matter resolved he is putting his hands up,” she said.

In addition, she ordered that he pay €390 towards the legal costs and expenses of Limerick City and County Council.