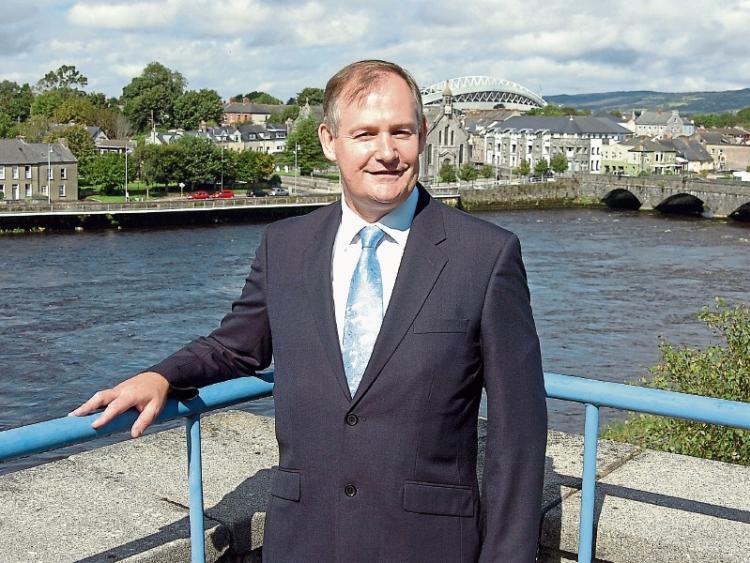 Limerick council CEO Conn Murray: Works are needed 'for the quality and the standards of our staff'

LIMERICK'S councillors were asked to approve a €1.2m expenditure on refurbishment works in corporate buildings without definite plans in place at a recent meeting in County Hall.

However, after Fianna Fáil councillor James Collins objected to this, council chief executive Conn Murray made a commitment to not spend the allocated funds without presenting design plans to the chamber.

Cllr Collins said that, following a “very strong” surplus in the 2016 budget, the council was hoping to transfer €1.2m into a “sinking fund” in order to deliver refurbishment works to County Hall and City Hall in the future.

According to the council, €300,000 is set to be spent on “historic capital costs” and €900,000 will be ringfenced for council buildings, such as the Council Chamber in Dooradoyle, Customer Service areas in Dooradoyle and Merchant’s Quay and the Glazed Street in Merchant’s Quay

“I raised the issue and asked if we had detailed designs as to what it is that they want to do with City Hall, and they needed to have support from the councillors first, set the money aside, before they could come up with details for the design," said Cllr Collins.

“So I obviously objected to that. One or two of the other councillors agreed with me. And the only commitment we did get from the chief executive (was) that he agreed not to spend the money until he returned to the chamber with a detailed design of what improvement works he had planned,” he said.

In response to Cllr Collins’ concerns, Mr Murray said at the full meeting of Limerick City and County Council: “We are not spending €1.2m - we are putting it aside so we can come back to it with plans. At the time we have appropriate plans we will refer them to council.”

Mr Murray said that the proposed refurbishment works are needed “for the quality and the standards of our staff”.