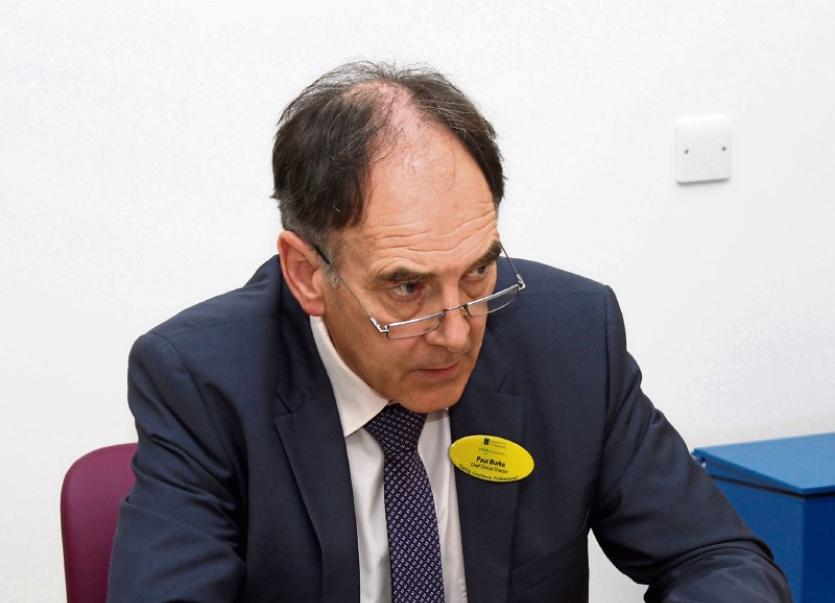 HIGH LEVELS of CPE superbug detections are expected at University Hospital Limerick due to the comprehensive screening programme that has been put in place, a spokesperson has said.

Though the UL Hospitals Group is carrying out a review of CPE-positive patient deaths, it can confirm that at least three mortalities— of 193 detections in the Mid-West — relate to bloodstream infections.

In November 2016, the UL Hospitals Group chief clinical director, Prof Paul Burke moved to reassure the public that they had “total control of this problem”.

This followed reports that a HSE staff member alleged that up to 30 patients had died after contracting the CPE superbug, between 2009 and 2015. This claim was repudiated by hospital management.

UL Hospitals stated that the management of the superbug has resulted in a “significant financial burden on UL Hospitals Group”. Reasons for the major spend include longer hospital stays for patients; significant laboratory costs, with microbiologists doing 1,000 screens per month; additional pharmacy costs; significant additional cleaning costs; and potential loss of income to UHL through closed beds.

“These estimates do not include works carried out at UHL in recent years to comply with best practice in infection prevention and control. Among the measures taken by the group over the past two years are the refurbishment of an inpatient ward at UHL, at a cost of €400,000, to facilitate an IPC cohort ward.

“Our quality improvement plan has shown this ward to have had a significant positive impact.”

A spokesperson for the UL Hospitals Group said that “vast majority” of CPE cases are “carriers” and are not infected by the superbug. It said that it is “crucial” that a distinction is made between the two.

Patients colonised with the superbug carry the micro-organisms “harmlessly” on the skin or within the bowel, with no signs or symptoms infection.

However, those infected with the superbug show “adverse signs or symptoms”, with a 50% mortality rate. Colonised patients, however, can spread the superbug to other, more vulnerable people.

The spokesperson told the Limerick Leader that the group has “developed a quality improvement plan” that mirrors NHS standards in relation to problem.

According to a HSE report, prepared by Dr Kevin Kelleher in March this year, there are a number of factors contributing to the rise of CPE in Ireland.

These include “inappropriate antibiotic screening”; understaffing and hospital overcrowding; lack of adherence to infection prevention and control guidance; lack of available isolated facilities; shortage of infection specialists; lack of CPE-specific screening; and lack of awareness.

In 2015, HIQA stated that, despite the hospital’s progress in tackling the problem, UHL “still has insufficient isolation facilities and the ongoing poor infrastructure in some other areas in the hospital (for instance the emergency department), does not facilitate strong and reliable infection prevention and control practices”.

In the same report, HIQA called on the HSE to provide “all necessary supports” to UHL in order to contain the superbug outbreak.

This Wednesday, the hospital spokesperson said: “A shortage of isolation facilities is a problem encountered by many acute hospitals in the country, particularly in older buildings such as the main ward block at UHL.

“The long-term solution for this is single occupancy rooms for inpatients such as that provided at the 50-bedded block in Ennis Hospital. UL Hospitals Group plans to provide a new 96-bedded block at UHL and this priority capital project has gone to the design stage.”