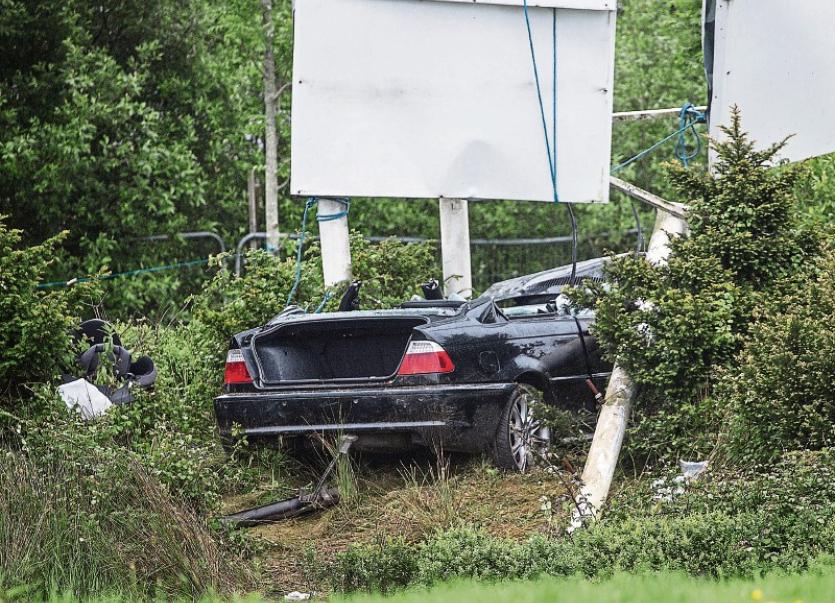 The scene of Monday's crash at Clondrinagh Roundabout - Picture: Press 22

A MAN who was critically injured in a road crash on the outskirts of the city earlier this week has shown some signs of improvement.

The 33-year-old who is from Moyross had to be cut from a black BMW which crashed into signage after it left the road near Clondrinagh Roundabout at around 2.30am on Monday.

While the man’s condition remains critical, it is understood it has stabilised and doctors are hopeful his condition will improve further.

Gardai at Mayorstone station are investigating the incident and any witnesses are asked to contact them at (061) 456980.

They say the results of detailed forensic examinations which were carried out at the scene are awaited.

Separately, a section of the M20 motorway was closed for several hours yesterday following a serious collision.

One person was injured in the single-vehicle accident which happened on the southbound carriageway between Junction 3 (Raheen) and Junction 4 (Patrickswell) at around 10.15am.

The male driver was taken to University Hospital Limerick with “non-life threatening injuries”.