WATCH: Drumming cop on the beat at Limerick mum’s house after noise complaint

Call: Constable picks up sticks in Canada at 50th birthday 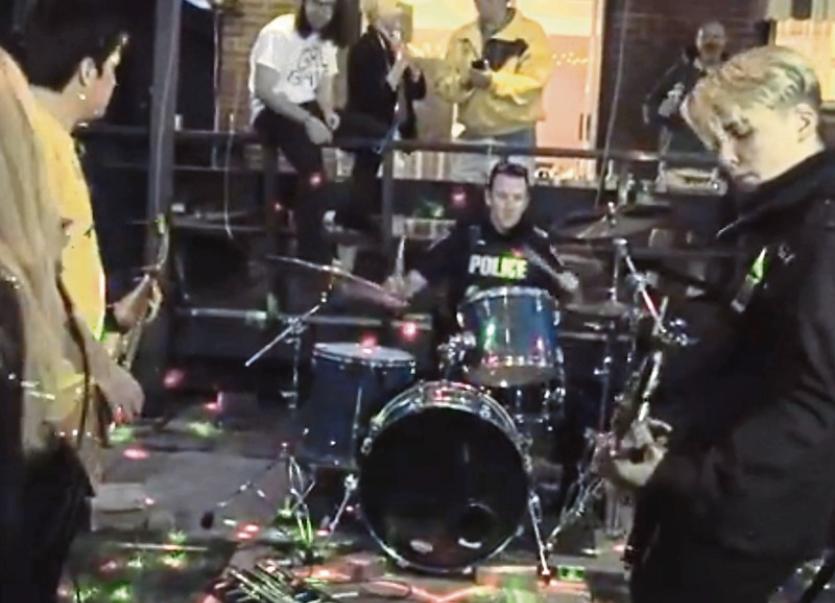 Constable Joel Clark rocks out - below, Sharon, originally from Limerick city, Jeremy, John and Jack Laing, who plays the drums in Vinyl Ambush

A CANADIAN cop responding to a noise complaint at a Limerick woman’s house started playing the drums - instead of pulling the plug.

Sharon Laing, originally from Mayorstone, got in touch with the Leader to share the story that has become a viral sensation.

On Saturday, May 20, Sharon organised a party at their home in Mississauga, Ontario for her husband John’s 50th birthday. As their youngest son Jack, 19, is a drummer in a band called Vinyl Ambush the entertainment was sorted.

Being a courteous neighbour, she sent out letters saying the group would be playing but they would wrap it up before it got too late. However, somebody complained.

“Members of Peel Police arrived at our door and listened to a couple of songs by the band and asked us to turn it down, which we did. They returned 20 minutes later and Constable Joel Clark played our son’s drums, as he used to be a drummer in a band!

“This story has gone viral. In a world where there are so many terrible stories, it is nice to have a feel good story. It warmed my heart for Constable Clark to play my son’s drums and give a wonderful little speech to the band at the end of it!” said Sharon, whose uncle is Kevin Fitzpatrick, a goalkeeper with Limerick FC for over 20 years and earned one Republic of Ireland cap. 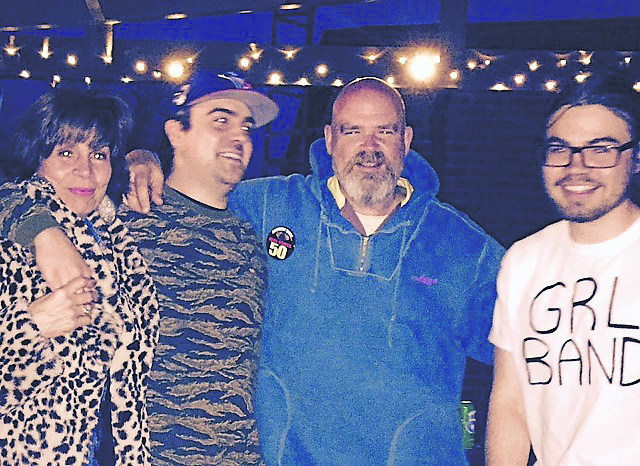 Constable Clark told Vinyl Ambush it “was the most fun I’ve had in years”.

“It’s tough work, don’t expect to make money, play for free, get exposure and then you can make demands. Be willing to be broke for a bit. Do what you got to do to keep going. The biggest regret I have in my life is stopping. That was the most fun I’ve had in years.

“Don’t stop, you’re going to have haters, regardless of what people tell you. I can tell you from some experience of playing shows, you guys are tight.

“I had a lot of fun so enjoy yourselves. Play a couple more,” said Constable Clark. Sharon said they will “never forget” John’s 50th birthday.