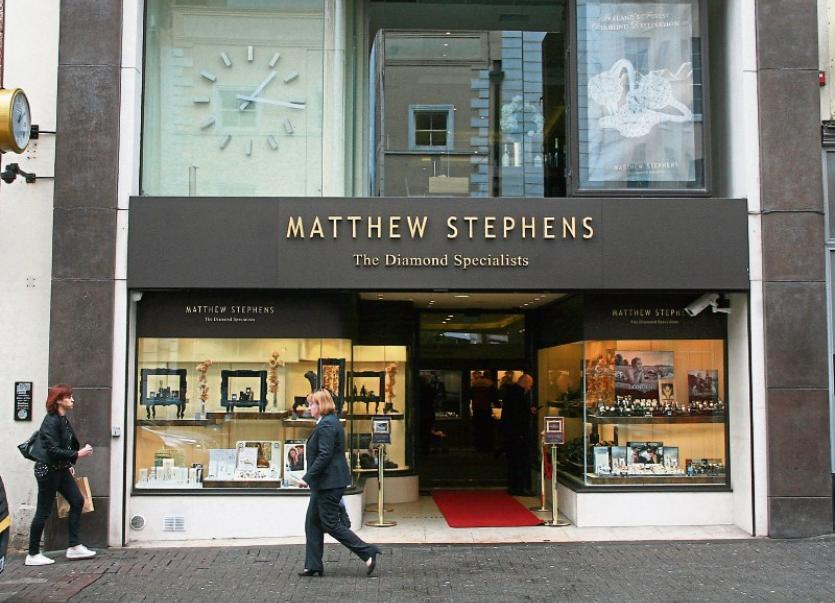 A LIMERICK jeweller has warned consumers to be wary of buying diamonds abroad, after noticing problems with engagement rings purchased in different parts of the world.

Matthew Ryan, managing director of Matthew Stephens in the city, said that foreign-bought diamonds come with huge risks attached, and consumers are not always told what they are buying.

“Over the past few months, we have had an influx of young Irish couples who have purchased their diamonds overseas or in some cases over the internet. An overwhelming proportion of these consumers are now experiencing problems in some form or another,” said Mr Ryan. He said that while it is human nature to seek out a bargain, there are a number of practices that Irish customers are “falling for” when buying diamonds abroad.

“The problems with these diamonds are numerous and varied but constantly recurring,” said Mr Ryan.

“Over the last few years, I have noticed a lot of customers were buying diamond rings abroad and saying they spotted the same ring in Limerick for €10,000, while they bought it for €3,000 abroad.”

Problems can include a poor grade, overvaluation and  fake certificates. Matthew Stephens staff also found that over 25 percent of the rings bought in popular shopping destinations, like New York and Dubai, turn out to be fracture-filled, a process which makes a diamond more attractive to the naked eye by disguising its inclusions with resin. While it is not an illegal practice – and some jewellers legitimately carry fracture-filled diamonds – they are obliged to disclose the information to the customer.

“However, many Irish customers buying fracture-filled diamonds abroad are either not being made aware that their diamond has been through this process or it’s not been fully explained to them.”