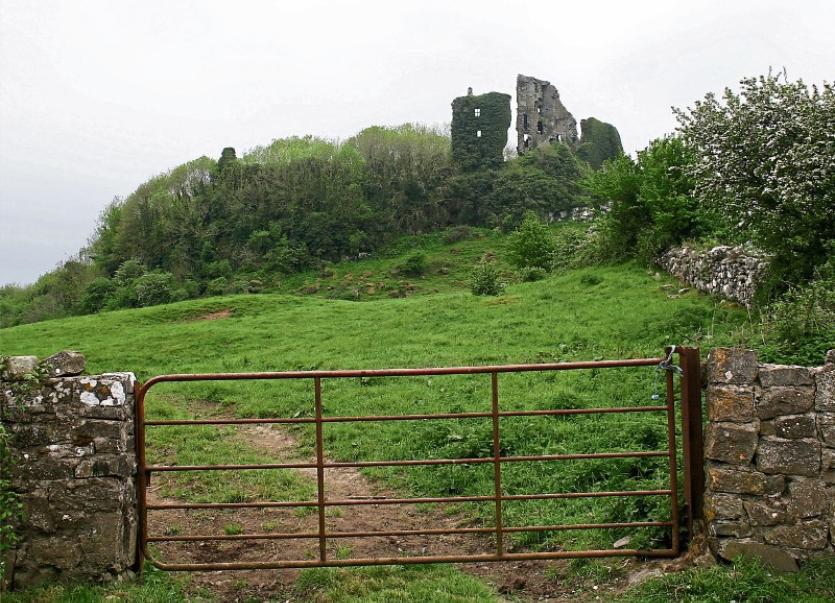 Carrigogunnel Castle, Clarina dates back to the mid 1400s

LIMERICK City and County Council is set to examine the possibility of taking in charge a minor road which is used by tourists from across the world to access the historic Carrigogunnel Castle.

Constructed in the mid 1400s before it was blown up during the second siege of Limerick in 1691, the castle is located near Clarina village overlooking the Shannon Estuary.

As well as its historical importance, it is also famed in Irish pop culture as it features prominently in the artwork on the cover of U2’s album Forgettable Fire.

In response to a motion from Cllr Sean Lynch, council official Christy O;Connor told members of the Metropolitan District the local authority hopes to progress the matter next year.

He said the road, which is just over 600 metres long and averages three metres in width, currently serves four private houses and a some local farmlands.

The cost of taking the road in charge and upgrading the surface, he said, will be in the region of €36,000.

Cllr Lynch says he believes there is an onus on the council to progress the matter given the increasing importance of the tourism industry to the region.

“I’m delighted with the (council) response, it’s something that I have been trying to get done since I came into the council in 2014.

"It’s of huge significance and it is a very distinctive castle with huge history and links to Cromwell but apart from that it is situated on the banks of estuary and it will come under the Shannon Loop which will be our own Wild Atlantic Way,” he said adding that once the road is taken in charge, moves can be made to carry out works to preserve and upgrade the castle itself.

The motion received unanimous support from members of the Metropolitan District some of whom also pointed out that the castle is reportedly haunted by a woman who carries a candle.

“It’s a beautiful castle and it is prime time to look at it and the access to it,” said Cllr Daniel Butler.

Cllr James Collins agreed saying there is a “whole back story” to the castle which should be actively marketed and promoted by the council.