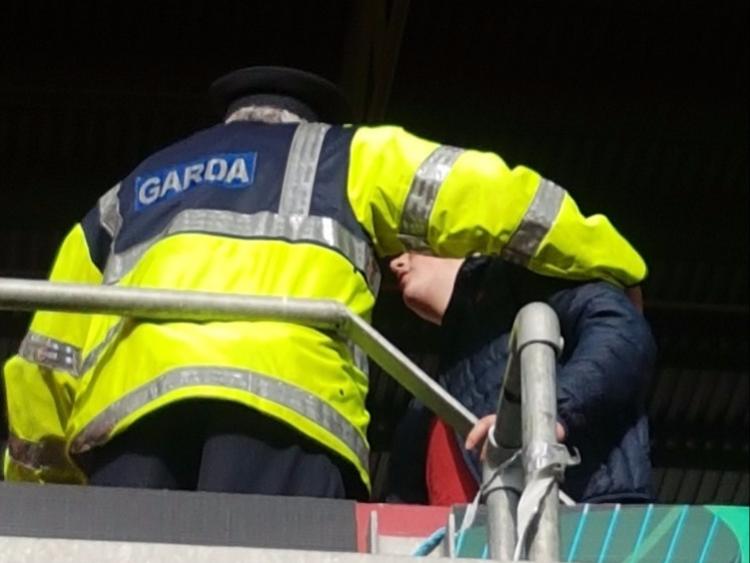 A RUGBY supporter appeared to be removed from his seat at Thomond Park during this Saturday's PRO 12 semi-final- minutes after Osprey's out-half Dan Biggar was heckled while kicking a penalty - for the second time.

A steward and a member of an Garda Siochana could be seen speaking with the man for several minutes before he left his seat in the upper-deck of the East Stand.

Biggar was heckled twice during the first half resulting in the stadium announcer appealing for supporters to remain silent as is the age-old tradition at Thomond Park.

Thousands of fans cheered as the man was led from his seat while one spectator who contacted the Limerick Leader said: “People were disgusted. They were shouting ‘out out out’ at the man in question.”

It is not known if the man was allowed to remain in the stadium after he left his seat.

It is believed he was cautioned by gardai but not arrested.

On the pitch, Munster beat the Welsh club 23-3 to set up a final at Dublin’s Aviva Stadium next weekend against the Scarlets.