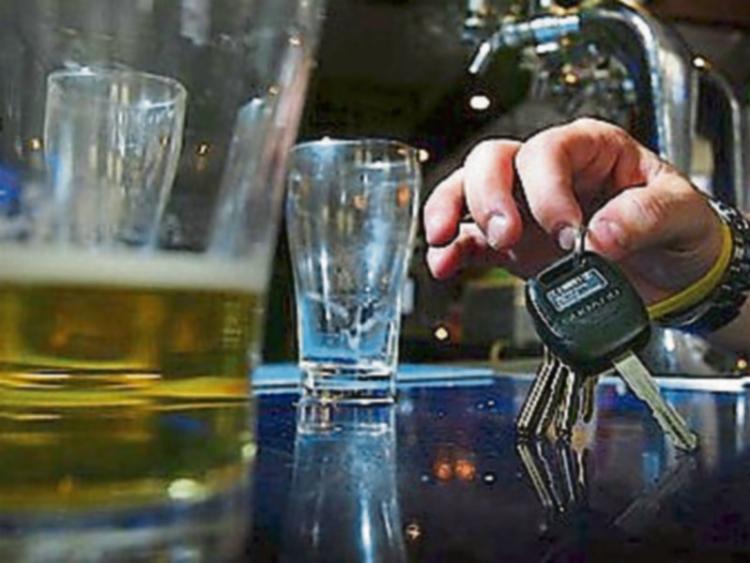 124 drink-driving cases have been struck since 2015

THE NUMBER of people facing court appearances for drink-driving in Limerick has been significantly higher than those listed over non-payment of fines for holding a mobile phone while behind the wheel, on local roads since 2015.

According to new figures released by the Department of Justice, 1,280 drink-driving cases have been listed in Limerick courts since January 2015 — 454 more than those listed for holding mobile phones while driving.

These figures also display offences that were struck out, due to non-service of summons. They also include adjournments.

Most recent figures also show that 124 drink-driving cases have been struck since 2015, over non-service of summons. In a previous interview with the Leader, Deputy Willie O’Dea said that this “warranted an explanation”.

Of the 826 listed, 235 people have been convicted of non-payment of fixed charge notice for handling a mobile telephone while driving, and 162 leaving the courthouse with no conviction.

Insp Paul Reidy, head of the Limerick divisional traffic corps, said that the gardaí are consistently targeting road offences, such as driving while under the influence of an intoxicant; driving without a seatbelt; speeding; and driving while handling a mobile phone.

“We would be making significant detections on a continuous basis, in each of those areas. At the end of 2016, we would be up, considerably, in the number of drink-drivers, than we had in the previous year.”

In January, Insp Reidy confirmed that there were 48 detections across the division during December, compared to 28 during December 2015 – an increase of 71%.

There were 386 detections in Limerick last year compared to 352 the previous year (an increase of 9.7%).

He said that the increase in detections is down to a “multiplicity of factors”, such as extra gardaí in a particular area, or events occurring during the year.

Insp Reidy told the Leader that a wide range of measures are used in detecting people holding mobile phones while driving.

“Number one, we would utilise unmarked patrol cars. We would be in operation on that, because when you are driving in a marked patrol car, your chances of getting detection are quite limited. Whereas, if you are in an unmarked car, you would be quite successful in detecting people,” he explained.

He added: “But we also put guards out on foot, or have them pedal cycle around the city, in the urban areas, and that is probably more effective than anything; gardaí watching people passing in traffic.

“We also have, occasionally, members in plain clothes in the traffic corps. There are many detections in that particular area.”