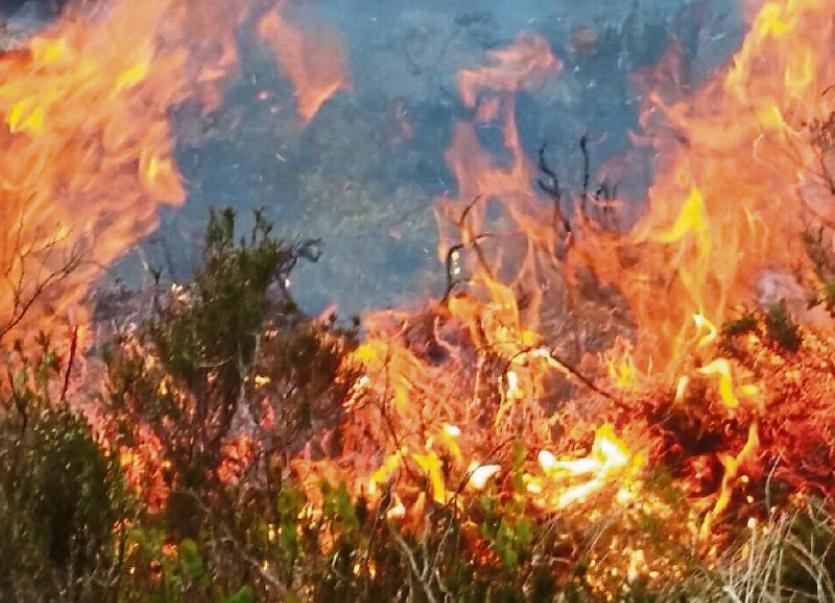 THERE wasn’t a hose in sight as firefighters stopped a blaze that would have engulfed hundred of acres of forestry and killed wildlife.

The call came in that gorse was alight at Grageen Bog, Cappamore in the Slieve Felim mountains at 10.15am on Thursday, May 11. Members of the fire service were only stood down after eight hours of tacking the flames.

John Mulready, Cappamore fire station chief, said up to 25 fire fighters backed up by 20 Coillte staff were on the scene.

Due to the remote location appliances were barely able to make it up the pot-holed track, not to mind a water tanker.

“It was like a tinderbox. The gorse – when you were trying to beat it – dust was coming off it, it was that dry. Water is always a problem. If we can get water on the fire it is usually near the roadway or an area we can get access to water.

“We were using what we call beaters - they are like flaps with large handles. You have to get up close to the fire. It causes extreme heat on the firefighters. It is very physically demanding. You would be hoping the wind would come to your aid but it didn’t turn until late into the evening,” said Mr Mulready.

At its peak three units – Cappamore, Newport and Limerick city – were all involved, as well as a helicopter dropping water. 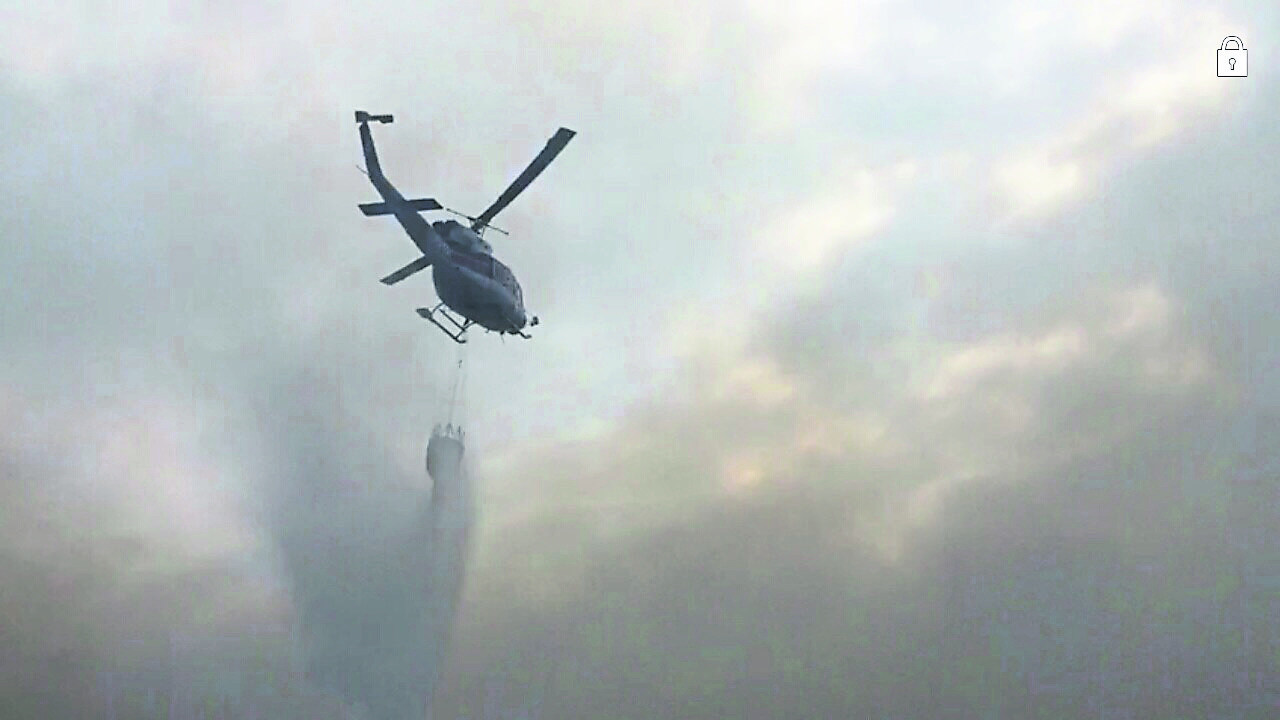 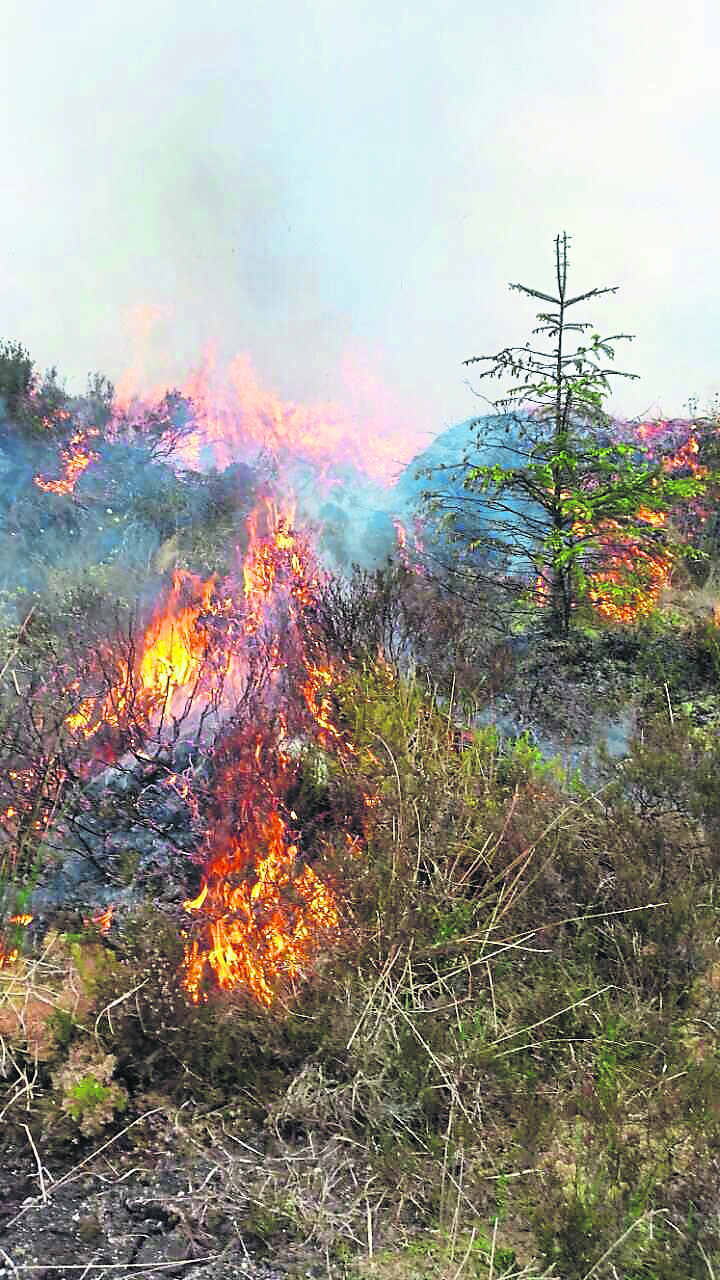 “The gorse fire got within 15 feet and it actually got in to the forest at one location. That’s where the helicopter was invaluable because you couldn’t put out a forestry fire with beaters – you need water for that. Coillte called in the helicopter. It was a great assist to us because in the areas we found hard to access they were able to hit that for us with water.

“From 6pm we got control of the fire. By 7pm we started to stand down crews and we were out of there for 8pm.  It was a long day – trying to refresh the crews and get water for them to drink was difficult due to the location,” said Mr Mulready, who doesn’t know if it was started on purpose.

“The gardai will investigate all possibilities. There isn’t people working up there cutting turf like years ago. Whether it is malicious or not I wouldn’t be able to say. The gardai will be carrying out their own investigations to look in to that,” said Mr Mulready.

While they were in the bog they still had to be conscious that their service might be required elsewhere.

“It was a logistical nightmare trying  to get people up and down there without even dealing with the fire. It was difficult to get on top of the hill. We had two appliances, a van and two four by fours ferrying people in and out and bringing in water for the crews’ welfare.

“You couldn’t get a water tanker up there. Even taking appliances up there is very difficult because the road isn’t built for it. The potholes are so big they could be seriously damaged. We were trying to maintain cover in case there was a road accident or a house fire or something else serious. We have to have an appliance ready to respond,” said Mr Mulready. All in the day in the life of a firefighter.

The Department of Agriculture announced this Wednesday they were “investigating all of the recent incidents of illegal burning of land”.