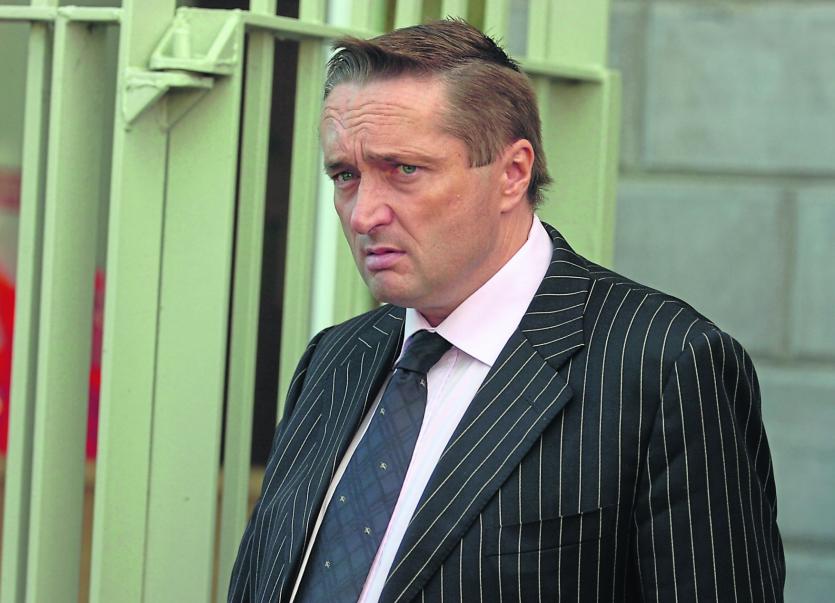 John Devane: Found dead in his home on Sunday

ONE of the best known solicitors in Limerick legal circles has been found dead at his home.

Gardai believe there was nothing suspicious in the death of John Devane, 54, who had been ill for over 15 months.

Gardai at Henry Street are investigating after Mr Devane was found dead at his home in the Parteen area on Sunday morning. His body was brought to UHL for a post-mortem.

In an interview with the Limerick Leader in August of last year, the well known legal eagle – who had been hospitalised for over a year at that point – claimed he had “sustained a broken neck” during an operation.

“It is the first time I have worn a suit in over 18 months and I am grateful to be here. I am in a lot of physical discomfort, my body is not in great condition but my mouth is as big as ever.

When he returned to work, Mr Devane, who hailed from Janesboro originally, initially attended court in a wheelchair, but in more recent times had been using crutches.

Stephanie Power, president of the Limerick Solicitors' Bar Association, said she was “absolutely shocked and sad to hear” of his passing.

“We saw him working in court as late as last week. He was a long standing member of the profession and represented people from all areas to the n-th degree. He had clearly battled through grave illness over the last couple of years bravely. We are sorry and very sad to hear the sad news of his demise.”

Solicitor Ger O'Neill, who knew the late Mr Devane for over 30 years, said that while it was well known that he was ill, news of his death came as a shock.

"He was a unique character. and I would say he will never see his likes again. God bless him," he stated.

In the interview last year, Mr Devane outlined how he had, in September 2013, sought medical treatment for what looked like a bad episode of gout.

“I haven’t had gout in years because I haven’t drank in nearly 14 years. Then I was treated for psoriatic arthritis but I kept asking for X-rays as my foot was getting more swollen as time went along.

“My next door neighbour is a consultant in University Hospital Limerick (UHL) so I asked him to have a look at my leg. He said it wasn’t psoriatic arthritis or gout, that it was something far more serious and asked me to go to A&E in the Regional, as I still call it, on the night of May 12, 2015.

“They took a few X-rays and said I had multiple fractures in the base of my foot because I have osteopenia, a first cousin of osteoporosis.

“They must have thought I was crazy to be walking around on a broken foot for seven months. I told them I didn’t know my foot was broken but I was in agony,” he added at the time.

Funeral details have not yet been announced.