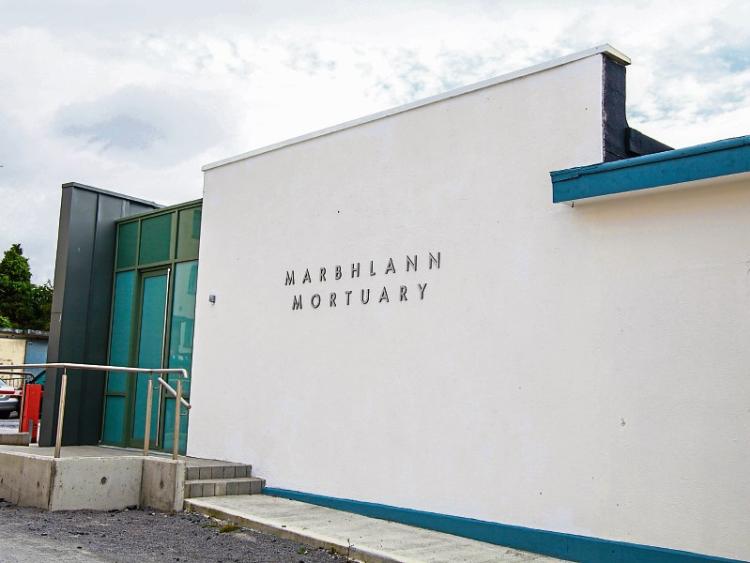 INTERPOL, the international criminal policing organisation, is working with gardai in their attempts to identify the remains of a man who has lain in the morgue in Limerick for five years.

There are currently two unidentifiable remains in the morgue at the University Hospital Limerick (UHL) in Dooradoyle.

A spokesperson for the UHL group confirmed that Interpol has been advised in relation to the remains of a male who has been in the mortuary for five years. It is understood that he is a non-Irish national.

The man’s age and the location of where his remains were found are not being disclosed by the hospital authorities.

The remains of a woman, who to date remains unidentifiable, have also been held in the morgue since August 2016.

In addition to these two cases, the body of another male has been identified but has not been claimed by any family members.

These remains have been in the mortuary since February 2017 and gardai are assisting in this matter, the hospital confirmed.

DNA samples in all three cases have been sent for analysis to the Forensic Science Laboratory in Dublin’s Phoenix Park. It is understood that none of the deceased persons are from Limerick.

The Department of Justice has confirmed that profiles from 17 unidentified bodies in the State are now on the DNA database.

The database of DNA samples now contains just under 11,000 DNA profiles, since it was introduced in November 2015.

Established under the Criminal Justice (Forensic Evidence and DNA Database System) Act 2015, it is predominantly used to link suspects to crime scenes.

However, it also contains DNA profiles of missing people and their blood relatives.

The department confirmed that as of this May, 146 profiles from relatives of missing persons have been entered into the DNA database.

There are 17 profiles taken from the personal items of missing people, including tooth brushes, razors, and hairbrushes, which have been entered on the DNA database.

The department said that profiles from the identification index on the DNA database are exchanged with other jurisdictions through Interpol, which counts over 1,100 missing people on its database.

This database includes 23 missing Irish nationals, the majority of whom disappeared in Ireland, as well as a number reported missing in the UK, the US, India, and Afghanistan.

Fr Aquinas Duffy, the founder of Ireland's first missing persons website, missing.ie, is a first cousin of Aengus 'Gussie’ Shanahan, who was reported missing in Limerick 17 years ago this February.

Fr Duffy said that members of the Shanahan family have provided their DNA samples to the authorities.

“Every time any remains are found in Ireland many families are on edge in the hope that it could be their loved one, and bring them some closure after years of waiting,” he told the Limerick Leader.

Gussie was one of three Dell workers in Limerick, who mysteriously vanished between 1998 and 2000, along with Des Walsh, and Martin Carroll.

A spokesperson for UHL said there is no specific time-frame regarding how long remains can be held without relatives claiming them, or in the case of remains being unidentifiable.

“This is at the discretion of the Coroner’s Office. In circumstances where a body cannot be identified and no family or next-of-kin are known, this can result in bodies being held in the UHL Mortuary until such time as otherwise instructed,” said the spokesperson.

The morgue in Limerick has a capacity for five bodies in the minus 20 degrees freezer compartments and for 25 bodies at 4 degrees Celsius.

A number of families of missing people in Limerick have provided their own DNA samples to the Forensic Science Laboratory in the hope of identifying their loved one’s remains if found.

Some eight men vanished without trace in Limerick between 1996 and 2004, but none of those were non-Irish nationals.

Fr Duffy said the photographs of the missing on the website, which detail nearly 100 missing Irish people currently, are of people “frozen in time.”

“Out of some 9,000 who go missing in Ireland every year, the majority are found but there are about 20 people every year who become long-term missing.”

“There are really about 1,800 unsolved cases in Ireland. There are a lot of long-term missing people out there whose names aren't known,” he said.