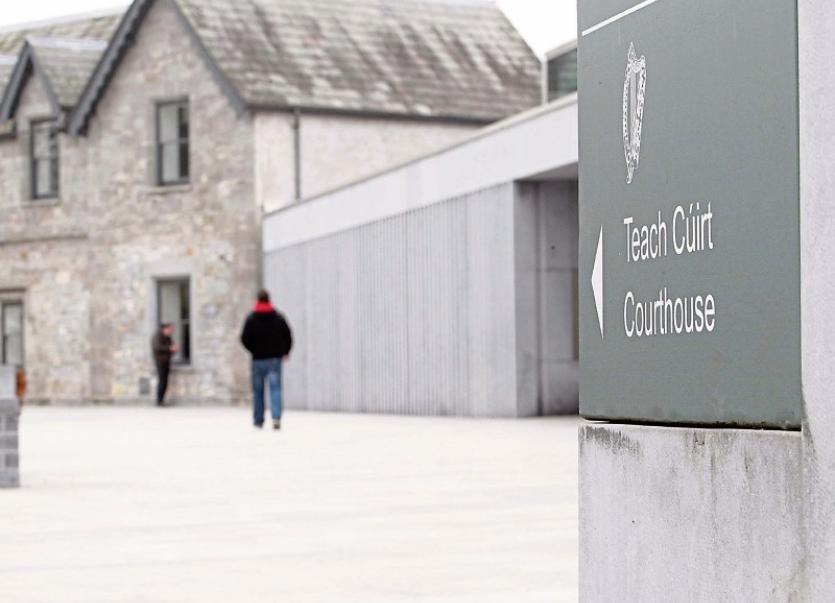 A MAN who gardai allege is one of the main protagonists in a violent family feud was refused bail after he was charged with assaulting two women with a shovel over the bank holiday weekend.

William Harty Snr, aged 54, of Moig South, Askeaton faces three charges in relation to an incident which happened at the Quay in the village at around 9pm on April 28.

In addition to two charges of assault causing harm, he is also accused of breaking a number of windows at a property at Deelside, Askeaton on the same date.

During a special court sitting in Kilmallock on Sunday night, Detective Garda Jason Mitchell of Newcastle West garda station said the alleged victims – who are aged in their 20s and 50s – sustained serious injuries and were treated at University Hospital Limerick following the violent altercation.

One of the women, he said, received more than 70 staples after she sustained a cracked skull.

She also sustained significant bruising and soft tissue injuries and lost a lot of blood he said.

The second woman sustained a double fracture to her right arm which was placed in a cast.

Opposing bail, Detective Garda Mitchell said it will be alleged that a number of witnesses have identified Mr Harty as the culprit and that mobile phone footage from the night has been obtained as part of the investigation.

He said it will be further alleged the incident was connected with a violent feud which has been ongoing between members of the extended Harty family since November 2015.

Both victims, the court heard. are on the “opposite side” to Mr Harty.

The detective told Inspector Paul Reidy he had concerns the father-of-seven would continue to be involved in the feud if released on bail and that potential witnesses would be intimidated.

Seeking a remand in custody, Insp Reidy said gardai fear there will be an escalation in the feud and “tit-for-tat retaliation” if Mr Harty were to be released on bail.

Solicitor Darach McCarthy said the defendant suffers from mental health issues and has a number of physical health problems meaning he is on a large amount of prescribed medication.

He said Mr Harty, who denies the allegations, does not represent a flight risk and was willing to abide by any bail conditions imposed by the court.

“He’s an ill man who leads a quiet existence,” he said.

Judge Marian O’Leary was told investigations are ongoing and that a file is to be prepared for the Director of Public Prosecutions relating to the matter.

Detective Garda Mitchell said gardai will be recommending trial on indictment at the circuit court given the seriousness of the incident.

The defendant was refused bail and following a brief court appearance before Newcastle West Court this Tuesday, the case was adjourned to May 16, next for DPP’s directions.

If convicted on indictment, the defendant faces a maxium sentence of five years’ imprisonment.