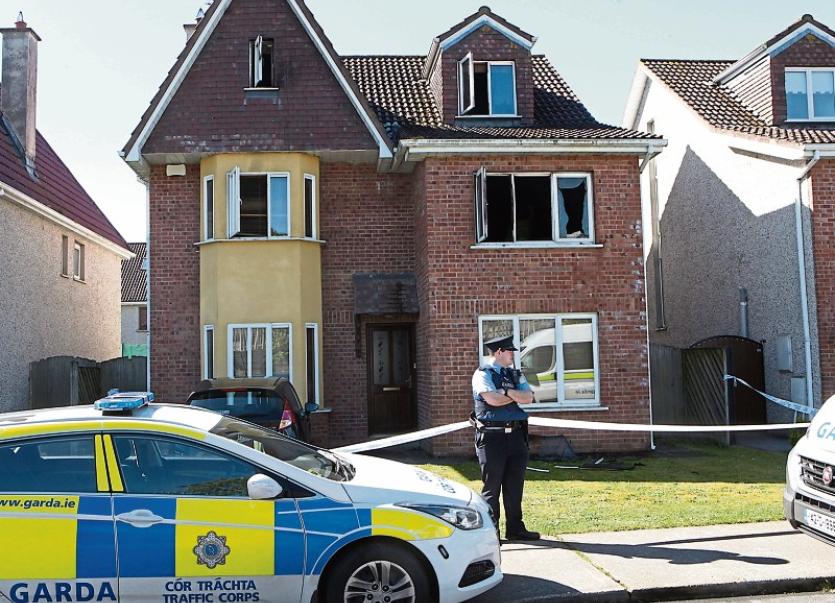 A woman has died following a fire at Riverbank, Annacotty - Picture: Dave Gaynor

INVESTIGATIONS are continuing after a young woman died in a house fire on the outskirts of the city.

Emergency services were alerted to the fire at The Oaks, Riverbank, Annacotty at around 3.15am this Monday.

Following their arrival firefighters – wearing breathing apparatus – entered the property as one of occupants was unaccounted for.

It is understood a woman, who is aged in her 20s, was found unresponsive in an upstairs bedroom and was pronounced dead a short time later.

A spokesperson for UL Bohemian RFC confirmed that three of its players live at the rented three-story house.

“It’s an awful tragedy, our thoughts are with the boys and our sympathies go out to the friends and family of the young woman,” said Tony Quilty, club PRO.

The scene of the fire was preserved for most of Monday to facilitate technical examinations by members of the divisional scenes of crime unit.

While the results of tests are awaited, gardai say they do not suspect foul play and are treating the blaze as a tragic incident.

The body of the woman, who was not living at the house, was removed to University Hospital Limerick for a post mortem examination.

Three young rugby players and another woman, who was also in the house when the fire started, escaped uninjured and raised the alarm.

Local councillor Marian Hurley said everyone in the locality was shocked.

“It really is very touching and very moving that somebody so young could be struck down in this incident. It’s a terrible shock to all and I know the neighbours are completely shattered that something like this could happen,” she said.

A number of people who live in the area were visibly shocked in the wake of what happened and were too upset to speak to reporters.

Gardai at Henry Street are investigating the circumstances of the fire and will prepare a file for the local coroner.