Limerick jockey's miraculous recovery after horse stood on his head 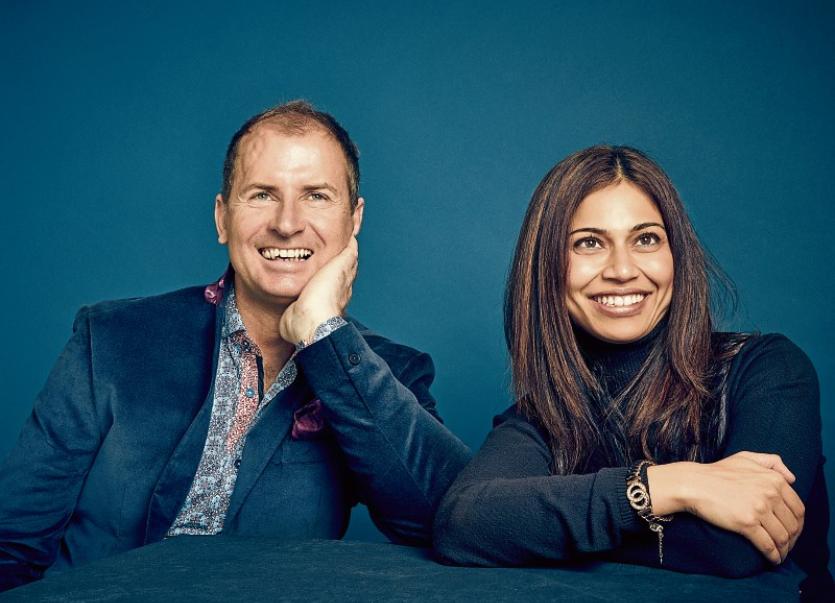 MARK Twain’s quote, “The reports of my death have been greatly exaggerated” could have been written for Hospital man Declan Murphy.

Sadly we are all familiar with the terrible toll horse racing has taken on the lives of Limerick jockeys. Declan is one of them.

In May 1994 the Racing Post’s page one headline read: “Declan Murphy dies after horror fall.”

Yet almost exactly 23 years on, he tells the full story of his miraculous survival and recovery in a new book, Centaur, out this Thursday, April 27.

Aged 28, Declan was at the top of his game and riding Arcot, the favourite in the Swinton Hurdle at Haydock. At an obstacle, the horse came out of his hands a length too soon and in the hyperextension of the leap fractured his pelvis. He flung his head back in pain and as Declan was being propelled forward their heads collided. Knocked unconscious, he fell to the ground like a rag doll. Ninety nine times out of a hundred you see jockeys scurrying for the safety of the rails after a fall but Declan was just like a “dead body”.

As horses came thundering over the hurdle the mount of Charlie Swan had two choices - jump the prone animal or the slim human. Despite Charlie’s best efforts it picked the man and a hoof landed on Declan’s head. A horse weighs about a half tonne and its full force landed on Declan’s right temple. Think about it…

A paramedic said he had never seen so much blood coming from someone's head.

Declan tells the Leader, while luck and medical expertise played its part, his upbringing in County Limerick gave him the resolve to keep on fighting.

One of eight, the son of Tommy and Maura he was born on March 5, 1966 in the town of Hospital but his grandfather had a farm of land opposite Kilfrush Stud. The first pony he sat upon was called Barney - in later years another Barney, Mr Curley, was to introduce him to professional racing.

“Pat Hogan was an institution in that area with point to pointers. There was a guy called Barney Sheehan, who lived in Cork. One day he was driving through the town and something happened to his horsebox near Kilfrush. He had to leave the horsebox and Barney never came back for the pony inside. Pat Hogan gave the pony to my dad for my brother Eamonn or I.”

They called him Barney and when Eamonn didn’t ride him, Declan jumped on top. Aged five or six he took to it like a young Lionel Messi being thrown a football.

“The beautiful thing about this, where nature is far greater than nurture is the fact that when we fell off nobody was there to pick you up, nobody was there to say ‘are you ok?’. You learnt at that age, and this is a crucial component part of of my book, you learn to realise very young that you don’t have the luxury of outsourcing your own problems - the solution lies within you.

“That is the one thing that got me through my darkest hours and I would say I could bring that back to my very childhood,” said Declan.

Fast forward to 1994 and his darkest hours were about to come. A paramedic knew that he was bleeding in the brain and stopped him suffocating on his own blood. He had a seizure on the turf in Haydock. One side of his body vibrated and lifted itself off the ground while the other side lay completely dead.

“They thought at that point they had lost me. On the way to the nearest hospital in Warrington - six miles away - I had a second seizure. When I got to Warrington they thought I wouldn’t live through an operation so they decided to put me on a life support machine to try and keep me alive to get to the Walton Centre of Neurology, which had the most advanced operating theatre to deal with brain trauma,” said Declan.

The journey was 26 miles and on arrival there was only four minutes left to keep him alive on the life support machine.

“Professor John Miles, who was playing golf at the time, got the call. When he was told of the prognosis he made a decision that they had to open up my skull straight away. That bone flap had to be opened when he got there because with blood clots I could die in seconds. It was very important when he got there that he just put his gloves on, went straight in and suctioned out the blood clots.

“The first blood clot was on the brain, the second was inside the brain - when they were suctioning out that blood clot, in their mind, they had done a lot of nerve damage to get the blood clot out. They thought they had kept me alive for now but within the next three hours I probably will not survive.”

If he did that they gave him a fifty fifty chance of pulling through the next six. And if he did live partial blindness was almost certain.

When hope was all but diminished Declan woke up but the last four years and six months were missing. No recollection whatsoever. He had to learn to walk and write again - messages from his brain were getting muddled in transit.

He is convinced his sportsman’s focus and mental resolve, honed as a boy in Hospital, helped him get through.

“I was having a real struggle to control, people call them demons. They are conscious nightmares - when you become aware as to how fickle your mind actually is. Our minds are flighty creatures - if we do not have the discipline of focusing the mind on things we do in day to day life our minds can actually become very flighty and we lose control of that ability in the mind.

“In my case I had a mega brain injury that resulted in memory loss, then a period of not being able to place pictures with time and everything seemed disordered - a complete and utter state of confusion. When my mind would work like that, when I was trying to learn to walk - it is one thing trying to fight a physical battle but when you are trying to cope with a mental instability at the same time...

“Sometimes that challenge can overpower you, I think that’s where I can consider myself terribly lucky. From my youth I learned lessons that really stood to me when I needed it most. We never got to outsource the problems we had as kids, we had to learn that the solution lies within and your confidence grows from that.”

When Declan heard of what happened to the late JT McNamara and his cousin Robbie he felt “a deep sense of loss because I know how lucky I got and I know how much luck plays a part”.

Declan even made it back to the race track and rode a winner on the flat 18 months later. To the untrained eye they look like JP McManus’s colours.

“They are very similar colours to JP’s but it was an Australian guy. I rode some horses for JP, he is a man I have always had great admiration for. I remember he flew me over to Punchestown one year to ride a horse that he had paid a lot of money for. I rode him and I thought he was a nearly horse but they bought him to be a real good horse and JP was so wonderful in accepting that sort of news. He ended up a middle of the road handicapper in the north of England. He bought it as a Gold Cup horse.”

Declan now lives between Barcelona and England with his wife and daughter but comes home every year to Hospital.

“We come back every August for a family reunion.”

Fitting, as it was his upbringing in Hospital that moulded him into the man he is today.

Centaur is out now. 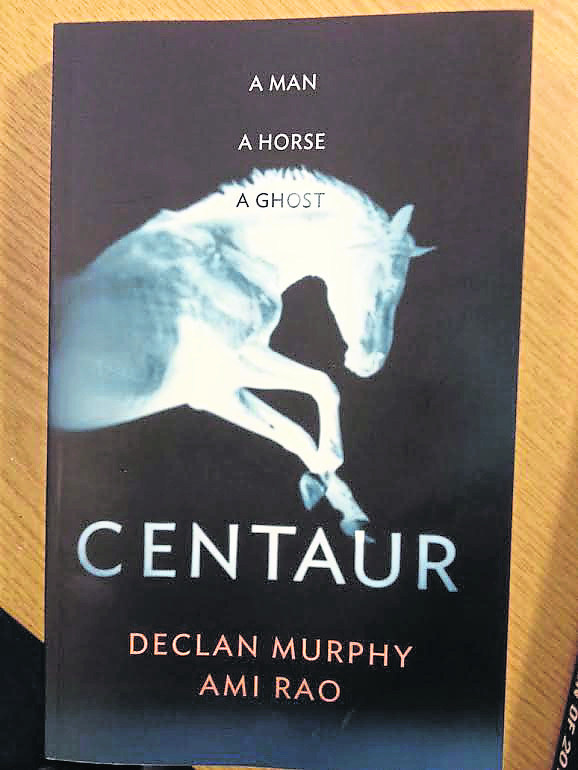