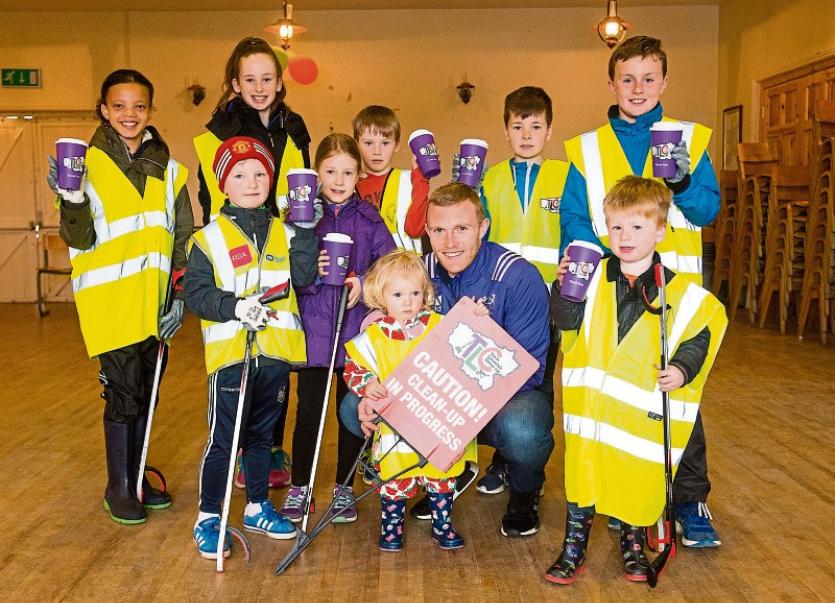 ONE LIMERICK woman was set for a pretty rubbish Easter until Team Limerick Clean-up saved the day.

As Monaleen GAA supporters were picking up litter on the Golf Links Road they spotted a handbag thrown on the ground. When they had their stretch of road done they returned to base and gave their unusual find to chairperson, Caroline O’Kane.

“I didn’t want to be going through all her bits and pieces but we wanted to get it back to its owner. I found an ID from UL,” said Caroline, who then began some detective work.

“In the UL database I got a mobile number that wasn’t working and a work number that went unanswered because obviously it was Good Friday. Then I found her email address when I went further searching in the UL database. I emailed her but I got an out of office reply but didn’t she ring me back straight away!” said Caroline.

In a funny twist her husband was out doing the Team Limerick Clean-Up in Rhebogue so she couldn’t come out to collect the handbag, which had been stolen earlier that week.

“I was at a match that Friday night and I met a woman from Rhebogue so we rang the lady whose handbag it was, got directions to her house and dropped it back to her,” said Caroline.

“She was thrilled! There was no money in it but she said her driving licence and all her cards were there – all the stuff that would have been a pain to replace,” she added. A big crowd from Monaleen GAA Club made up of players, committee, members and Gaelic for mothers and others joined in TLC3.

“It was a great day – we had people from 80 down to eight. Our special guest was Keith Earls who was a complete gentleman. He brought his little daughter and she made friends with one of the girls here. Keith chatted with everyone and was very encouraging,” said Caroline.