Limerick council to look elsewhere to Bridge the gap in cash 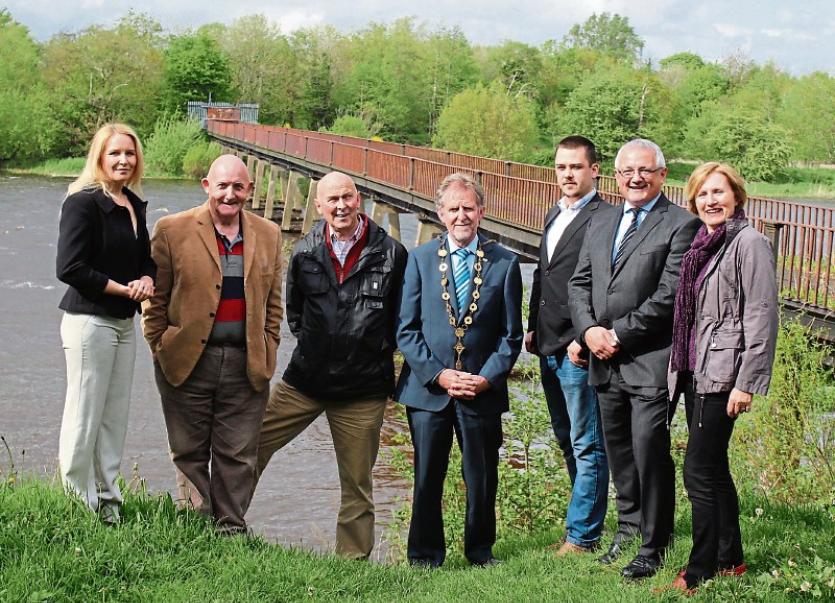 City East councillors at the Black Bridge in Plassey, closed since 2009

LIMERICK City and County Council has indicated it will not be in a position to financially contribute to getting the Black Bridge in Plassey open again.

At last week's metropolitan district meeting, Sinn Fein councillor Séighin Ó Ceallaigh lodged a notice of motion calling on the council to commit to allocate funding to the restoration of the popular bridge, which closed after severe flooding in 2009.

He said: “This is something all councillors have been talking about for some time. This facility is not just used by locals in City East. It’s used by people from all over Limerick to walk the Plassey Bank. It’s used for cycling, walking and running.”

Cllr Ó Ceallaigh – whose motion was seconded by Fine Gael’s Marian Hurley – pointed out councillors in his own area dedicated €50,000 of their discretionary funding to commission a study on the bridge. This concluded that it would cost €1m to reopen, and it was hoped that Limerick’s local authority would team up with Waterways Ireland, Clare County Council, and the University of Limerick in stumping up this sum.

However, in a written response, Kieran Lehane, the council’s manager in the metropolitan district suggested there would not be any money budgeted for this purpose.

“The council will engage with the Department of Transport, Tourism and Sport to establish if funding could be sourced under the Specific Improvement Grant scheme. The council will also seek to ascertain if any other relevant statutory or non-statutory bodies may be in a position to contribute financially to the restoration of the Black Bridge,” he stated.

But Cllr Ó Ceallaigh was critical of the response, saying: “It’s simply not good enough.

“We cannot go cap in hand to UL, Clare County Council and others if we’re not filling the cap ourselves,” he said.