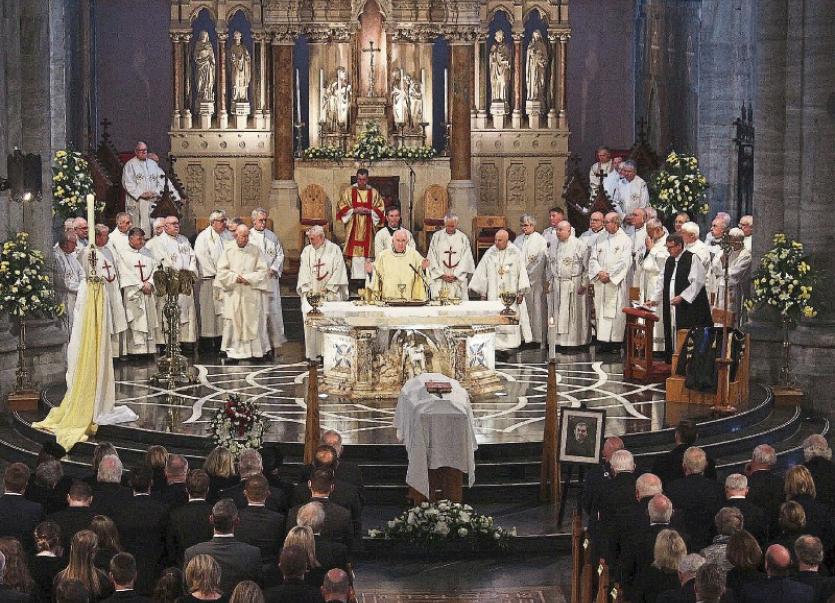 MARY Immaculate College president, Prof Michael A Hayes found “courage, peace and acceptance” in his final weeks of life, hundreds were told at his funeral Mass this week.

The esteemed Limerickman, academic and priest died, aged 59, in the early hours of Easter Saturday morning, following a short illness.

He was laid to rest at Mount St Lawrence cemetery, after a well-attended requiem Mass in St John’s Cathedral, this Wednesday afternoon. 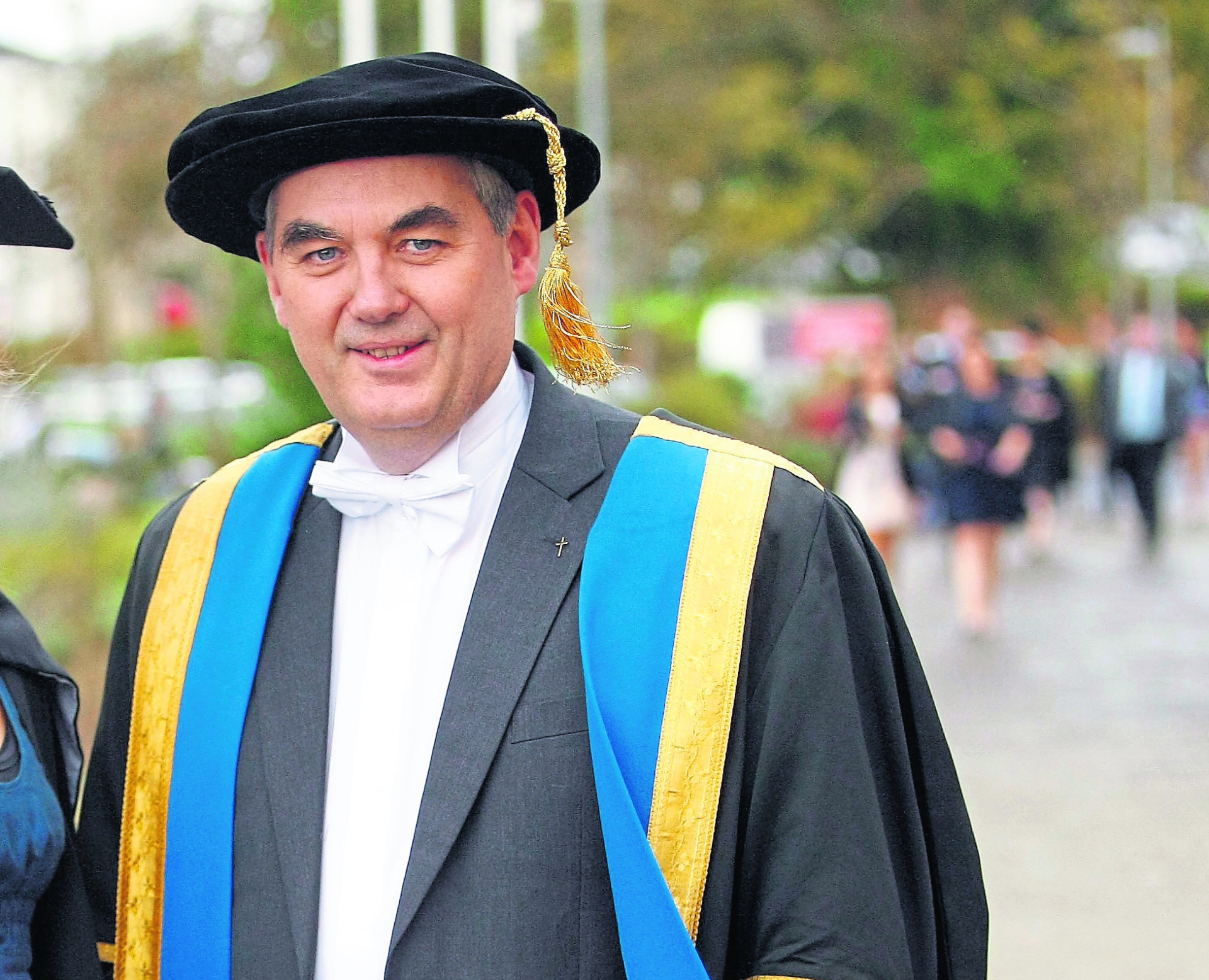 Delivering the homily at the ceremony, Fr Tony Mullins, vicar general of the Limerick diocese, said that Prof Hayes found “that sacred space” during his final months.

“Last October, Michael received a call from his doctor, and asked to see him immediately. The news was not good.

“And in the following weeks and months, Michael battled hard against his illness. During the past few months, he also moved to a place of reflection, a time of encounter with the Lord.

“In a recent conversation with Michael, he said to me: ‘I have no fear, I see this next phase of my existence as a great adventure, and there are many there ahead of me that I know,” Fr Mullins added.

He said that he gave “an immense contribution” to education in Ireland and the UK and that he was an “enthusiastic exponent of the arts”.

Speaking after the Mass, Bishop Leahy reflected on Prof Hayes’ “calm and philosophical” attitude before his untimely passing.

“Even while ill, he still imanaged to see positive aspects in his illness, spending time with family, time for prayer.”

Bishop Leahy said that Prof Hayes “knew that death was a real possible outcome of the illness”, even when there was hope in new medicine available.

“He told me that he had promised his consultant early on that, ‘even when this is over, I will continue to pray for you’,” he said.

The respected priest, who attended St Munchin’s College and St Patrick’s Pontifical College in Maynooth, was appointed the president and the chief executive of the South Circular Road institution in October 2011.

He first served as a priest in St John’s parish, after being ordained in 1980.

Bishop Leahy said that it was a “real gift” that Michael was Mary Immaculate College (MIC) president when he arrived in Limerick to take up his post.

“In the past six years, MIC had become Michael’s life. His work rate was phenomenal. I marvelled at just how much he managed to do and how much detail he managed to master.

“There seemed to be so many irons in the fire at anyone one time that I don’t know how he kept on top of it all, but he did and did so with the graciousness and calm that characterised him.”

He said that he was “very much saddened” at the passing of his mother Margaret, seven months ago. “He was grateful that he had those last years to be nearer home,” Bishop Leahy added.

Before serving as MIC president for six years, Prof Hayes lived and worked in the United Kingdom for more than 30 years.

He was a priest of the Archdiocese of Southwark in South East England.

This included the college’s incorporation of St Patrick’s in Thurles; the opening of the Lime Tree Theatre; the expansion plans of the John Henry Newman Campus on O’Connell Avenue; and the development of the state-of-the-art €21m library and learning centre, which received the green light from the council.

He previously served as vice-principal of St Mary’s College, Twickenham.