Limerickman, 93, who shot over thug's head gets gun back

Pensioner says he can now 'sleep at night again' 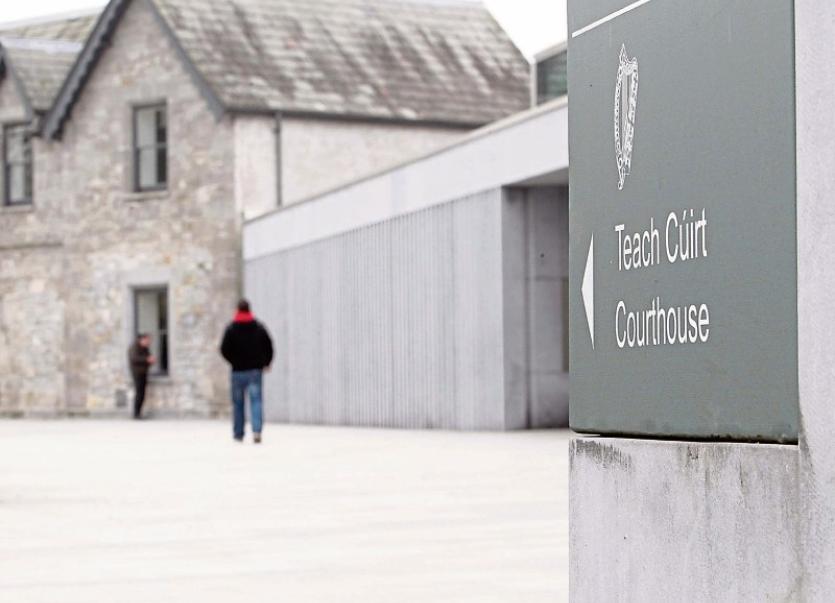 A 93-YEAR-OLD county Limerick man who shot over the head of an armed intruder has got his firearm back after it was seized by gardai.

The pensioner, who was described in court as a “tough cookie”, was having “sleepless nights” without his gun.

The single barrel shotgun was confiscated and his certificate revoked after the incident on February 21 in the Ballylanders/Kilfinane area. The elderly man appealed the decision in Kilmallock Court.

He contended he needed the gun to protect his vegetable patch from vermin, but conceded “vermin can have two legs as well as four”.

The 93-year-old took off his cap before entering the witness box with the aid of a walking stick.

Judge Marie Keane, who ordered reporting restrictions on his name and exact address, moved down from her seat so he could hear her better.

His solicitor, Turlough Herbert, asked him what happened on the night of February 21.

“I was preparing to go to bed. I heard a tear at the back of the door. I knew someone was there. I said, ‘I’ve got a gun’. He hit a belt to the door. With the slash hook he blew the glass in from the door. Then he went to attack the window, two feet away. He put in the window. I got my gun. I put the gun out through the broken pane of glass and fired a shot into the air,” said the man. He told the judge the last time he used the gun before that was last year to frighten away vermin.

Superintendent William Duane asked him if he would feel safer with the gun in the house.

“I need it for the vermin,” said the nonagenarian.

“Some would argue there are human vermin out there,” said Supt Duane.

“Vermin can have two legs as well as four,” he replied, to smiles in the courtroom.

Supt Duane said if a neighbour or somebody called to his house late at night “you might use the gun”.

“The neighbours always ring me first and if somebody called I wouldn’t let them in,” said the applicant.

Judge Keane asked him why he didn’t erect a scarecrow to protect his potatoes and cabbages?

“Crows wouldn’t take much notice of a scarecrow,” he replied.

Judge Keane said what if he killed a crow and put in on a stick.

“I don’t want to kill them, just frighten them,” he said.

Judge Keane said she needed to be sure that vermin is the reason he needed his gun.

“There are rats there as well,” he said.

Regarding the night of the break-in, the judge asked if he was frightened and was he afraid his shot would hit the intruders.

“Yes, I was frightened, he had a slash hook. I shot into the air,” said the man, who re-enacted the action he took by lifting his walking stick from his side and pointing it towards the ceiling.

Mr Herbert said in 2015 there was a derogation under the EU Birds Directive that allows for the extermination of particular types of birds that damage brassicas, cereal crops and vegetables.

Former garda in Kilfinane and Ballylanders, Patrick Kelly gave evidence of knowing the elderly man since the 1980s.

Mr Kelly described him as a gifted stonemason who worked for neighbours and the community, a tough cookie and very independent.

“He may look frail today in court but he grows his own vegetables and is a very active man,” said Mr Kelly.

Supt Duane asked him if there was any other reason the 93-year-old needed the gun?

“He tips away at his garden. He lives quite close to a wood and gets unwanted visitors from there. He does need his gun,” said Mr Kelly.

Supt Duane asked Mr Kelly if he had emailed him and asked for the gun to be given back as it was causing the pensioner “sleepless nights” and it would give him “peace of mind”.

Mr Kelly said it is well know that a person with a gun has a better chance of not having unwanted visitors compared to somebody who hasn’t.

“He has always used it in the correct manner,” said Mr Kelly.

Supt Duane described the applicant as a “gentleman” but firearms are licenced for a purpose.

“If I believe it is for self protection I can’t do that,” said Supt Duane, who expressed concerns that if the postman, milkman or neighbour called to the old man’s house that in a “state of anxiety” the firearm could be discharged.

Mr Herbert said his client is being penalised for dissuading the criminals from entering and that legislation was introduced to allow people defend their dwelling with reasonable force.

“His actions on the night were entirely reasonable and a proportionate reaction. The question has to be asked what would have happened if he did not have a firearm?

“The purpose of the gun is vermin control. He was just lucky he had it on the night,” said Mr Herbert.

Judge Keane said there was no evidence produced to the court of the possible threat to public safety or general peace in the area.

“He clearly lives in a rural area with the benefit of good neighbours who ring before calling. It is very unlikely that people will call in the dark of night. This evidence was no more than hearsay. It is scaremongering. They would be better served providing assistance and care instead of speculating what he might do,” said Judge Keane.

She described the break-in as a “most frightening episode” for him.

“He came across as a very kindly gentleman. He told me he didn’t want to kill crows, only frighten them and wants to protect his vegetables. I am not satisfied the threshold has been met by the State. He discharged the shot in the air and did not express any desire to shoot the intruder. On that basis I grant the application,” said Judge Keane.

After the case, the 93-year-old man told the Leader he was “happy” to have his gun back and he can now “sleep at night again”.