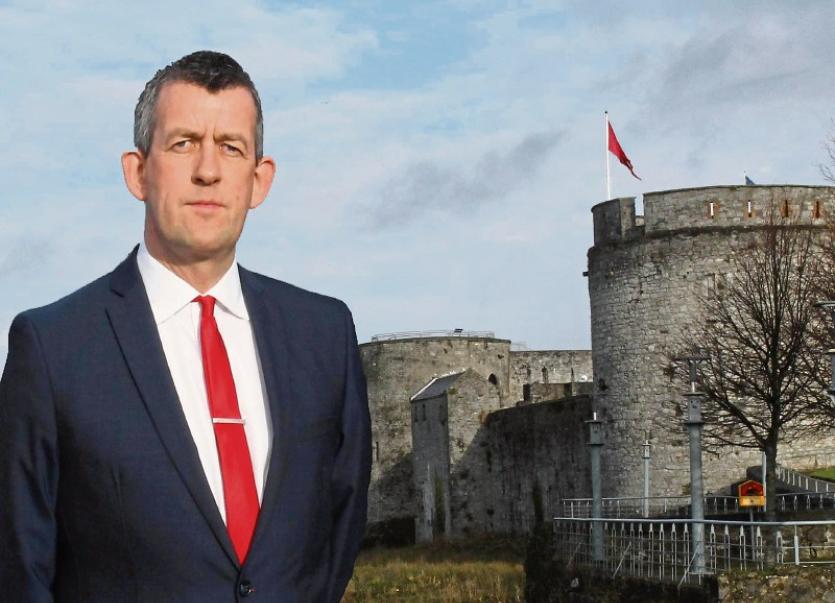 GARDAI in Limerick are investigating after death threats were made to local TD Maurice Quinlivan.

Detectives are probing two incidents, one of which it is understood was a threat from a Moyross-based criminal to shoot the Sinn Fein Deputy after he intervened to try and solve the problem of wandering horses in Limerick.

The other incident saw a threat made to the first time TD in his constituency office on Denmark Street.

Mr Quinlivan confirmed “two serious threats” were made, which the Gardai are now investigating.

But, he insisted: “Nobody will frighten me off the street. It comes as part of the job.”

Cllr Costelloe – who took Mr Quinlivan’s local authority seat after his election to the Dail - said: “He raised an issue about horses, and a gang member in Moyross threatened him that he was going to be shot. He obviously had to report it to the gardai”.

He criticised the “criminal element” who own horses, saying: “These people are riding roughshod over the whole community. They cannot dictate the policy of council either. The council has a responsibility to do its best for the local area.”

Mr Quinlivan – who lives in Farranshone, near Thomondgate – said he has got abuse on a number of occasions while walking around his local area.

The horse issue – in which the animals are grazed illegally in the city limits – is a particularly acute matter, he added.

“There are guys who deal with horses and they are decent people. But there is an element without a doubt who feel they can do what they want,” he said.

“There has to be some solution found. But you sometimes have do-gooders coming from more well-off areas, and they think a horse project will solve the problem. But in my opinion, they’re living in cloud cuckoo land. I support a horse project, there should be one, but it will only be a tiny part of solving the issue.”

Mr Quinlivan said he believes he is not the only public representative to have been threatened.