Series of public consultations to take place this month 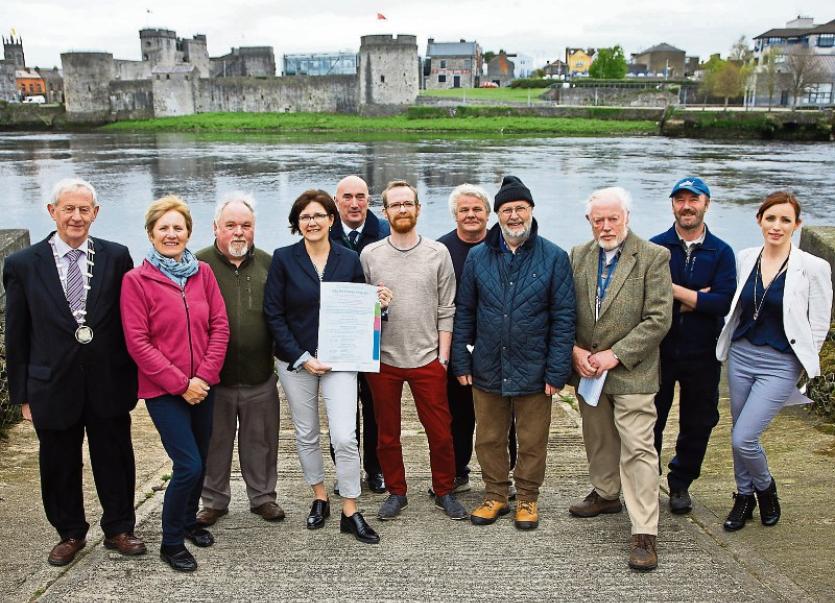 THE LOCAL authority and University of Limerick will establish a series of public consultations this month, in a bid to gather the people’s hopes and aspirations for the city’s riverfront.

The Council will join the School of Architecture at UL (Saul) in delivering the second week of the Living Limerick: City Engage series, which aims to collect the public’s views on living in Limerick.

The City Engage week will take place from April 25 to April 28.

Launching the series, Limerick City and County Council senior architect, Rosie Webb said that the programme was about “listening to people and incorporating their views into the overall plans for the city.

“The first ever Living Limerick: City Engage event in March which focused on plans for O’Connell Street was very well attended and we were able to collect many interesting ideas and opinions.  We aim to build on that momentum with the next series of City Engage events.

"We’re holding a range of events throughout the week that allow people to choose a time that suits them to engage with Limerick City and County Council and to give their views about the Riverways.

“The River Shannon is one of our greatest assets and we need to develop it to its maximum potential.  This City Engage week beginning on April 25 will focus on proposals for the river aimed at connecting the river to the city.  This is a novel way of engaging people. The hope is that the approach allows for local knowledge to have an impact on the final design outcome.”

“Using physical models and prototypes we will help people understand how they can help build a city they want in a way they understand. These events aim provide an open door to the design of the city and a really new way to get great ideas for its future from the people who know it best.”

The City Engage consultations will coincide with the 13th annual Riverfest celebrations in the city centre, putting the River Shannon on the centre stage once again.

As some of the world’s most renowned jetboarders return to for thrills and spills along the quays, a new feature is in store for Limerick’s most daring individuals — a zip line across the river Shannon.

Mayor Kieran O’Hanlon said: the festival “about celebrating the majestic Shannon river that flows through our beautiful city. For years, we turned our backs on the river, but over the past decade or so, we have come to realise the importance of the river.”