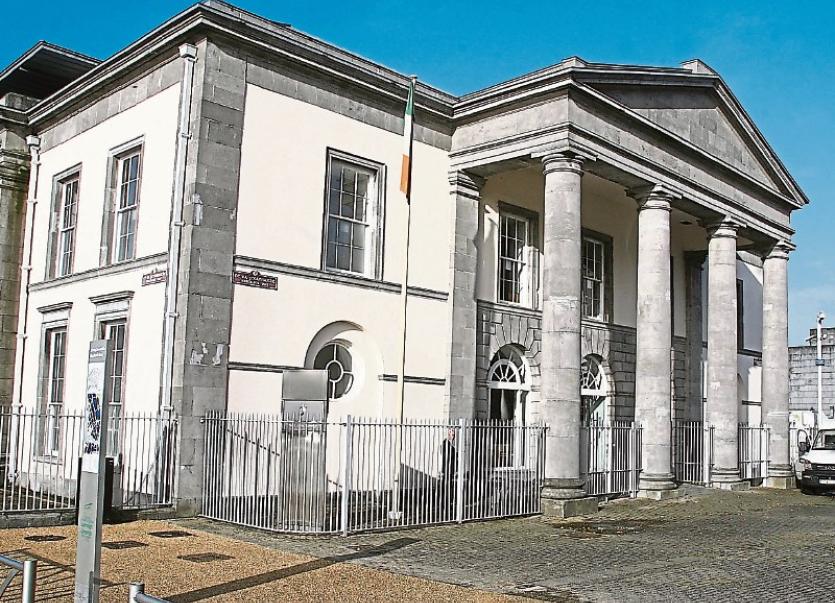 A YOUNG man has been jailed over his involvement in a mass brawl on the main street of a County Limerick village last year.

William ‘Bomber’ Harty, aged  26, who has an address at Maiden Street, Newcastle West, is one of seven people charged in connection with the incident which happened in Askeaton on March 14, 2016.

During a sentencing hearing, Detective Garda Jason Mitchell said that a “violent fist fight”, which involved a large number of people, erupted at around 1pm.

While none of those involved made statements to gardai, a number of people including the defendant were identified on CCTV footage.

Limerick Circuit Court was told the incident, which lasted for around six minutes,  was connected to a family feud which was sparked by comments  posted on social media some time earlier.

In the CCTV footage, which was played in court, Harty who has more than 100 previous convictions, can be seen getting out of a car and fighting another man who approaches the vehicle.

At one point his top is pulled off but he continues fighting while bare-chested.

Several members of the public were caught up in the incident and a number of cars can be seen stopping and reversing away from the fight which crossed onto the middle of the main street.

While a number of other people who were involved in the brawl can be seen carrying weapons such as hurleys and golf clubs it was accepted that Harty did not use any weapon.

Jack Nicholas BL, said his client, who has been in custody since last July did not start the fight and made admissions when questioned by gardai.

He said the father-of-three wished to apologise to the court and the people of Askeaton for his actions which he accepts were out of order.

Having viewed the footage, Judge Tom O’Donnell said it was clear that “absolute mayhem ensued” once the initial fight broke out and that the violence which unfolded was “unacceptable in a civilised society”.

“It was a very aggressive, very hostile environment, matters quickly ignited,” he said.

He noted that Harty was not the instigator but was a willing participant and “did not shy away from it”.

He imposed a three-year prison sentence, suspending the final 18 months.

The sentence was backdated to July 11, last.

Six other people are due before the court later this year.