'When I woke up to the news, I cried': Syrians in Limerick march against attacks 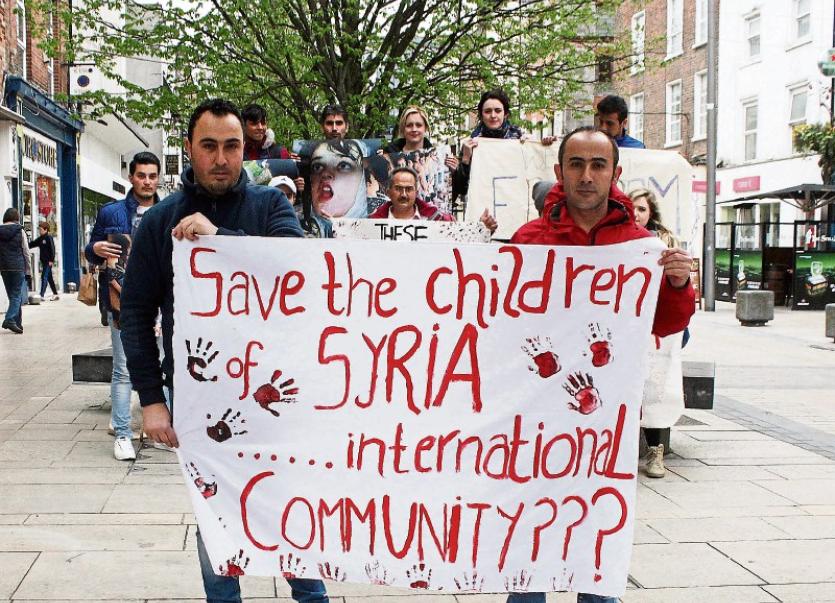 Hekmat Alkhaled and his brother Eyad protest in the city Picture: Michael Cowhey

WHEN Limerick-based brothers Hekmat and Eyad Al Khaled woke up to the horrifying news that their home had suffered one of most catastrophic chemical attacks in the six-year Syrian war, they were distraught.

Khan Shaykhun, a small town in the northerly region of Idlib, has been dominating the global news agenda and political discourse since chemical gas attacks claimed the lives of more than 80 innocent men, women and children.

The brothers fled their demolished homes in 2012, and stayed in cramped Lebanese refugee camps, before being resettled in Limerick last year.

But the trauma they had escaped from was appearing once again on television, as they watched the harrowing image of an old neighbour Abdul Hamid al-Yousef, holding his two dead nine-month-old babies in his arms.

“When I woke up to the news, I cried. I have kids, that’s why. When I saw this man pictured with his kids, I cried immediately,” father-of-two Eyad, who lives in Caherdavin, said.

Hekmat, 33, who resides in the city centre, said that this is the result of president Bashar al-Assad’s regime since the troubles began in 2011. And this is why, he said, the two brothers were joined by more than 20 refugees and members of the public, in showing their solidarity with Syria this Tuesday on Thomas Street. 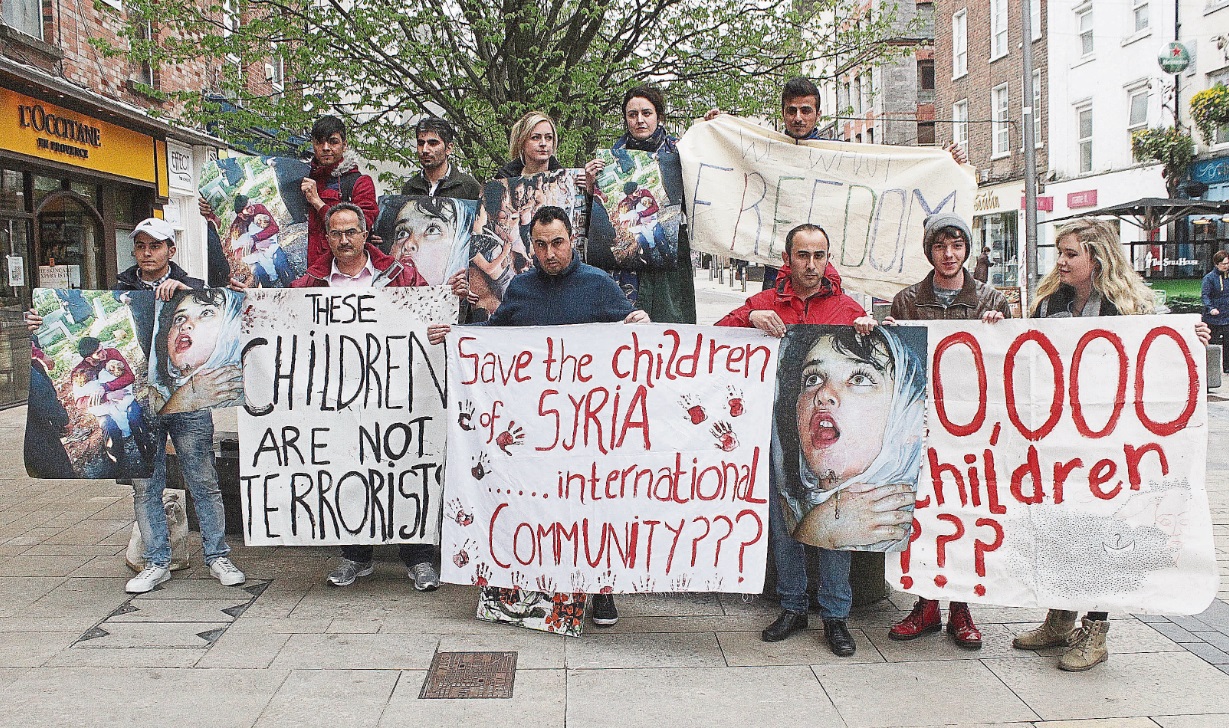 It is the first time in Ireland where resettled refugees have come together to deliver a public demonstration against the crisis in Syria.

“These people had no defence. They had no military, no soldiers, no nothing. They were just civilians, living their life. Doing normal things, waking up in the morning with their children. There was nothing to suspect that this would ever happen to our neighbours at home.”

Since the civil unrest commenced in 2011, their brother has been missing, they told the Limerick Leader this week, through Arabic translator Enass Khalifa.

Fellow refugees and supporters of the peaceful demonstration held large banners and posters, with the clear message: “Save the children of Syria...International community?”

“We just want this war to stop, and to stop the killing of all the children,” he said.

Refugee resettlement worker, Sarah Jane Hennelly, said: “This is real power, in the sense that it is coming from the Syrian community in Limerick. They have become so comfortable, they feel so safe here, and they feel so welcome here, that they feel that it’s now their responsibility to make their new community aware of the atrocities that are happening to these children.”

Local poet and teacher Peadar Clancy, who attended the demonstration with a group of students, said: “We want to show the Syrian community that we care.”

There are 72 Syrian and Iraqi refugees resettled in Limerick, under the resettlement programme, which has been extended to March 2018.

Under the 1951 Geneva Refugee Convention, all refugees in Limerick under the UN resettlement programme, have equal access to mainstream services.