Limerick man whose heart stopped six times wants to save others 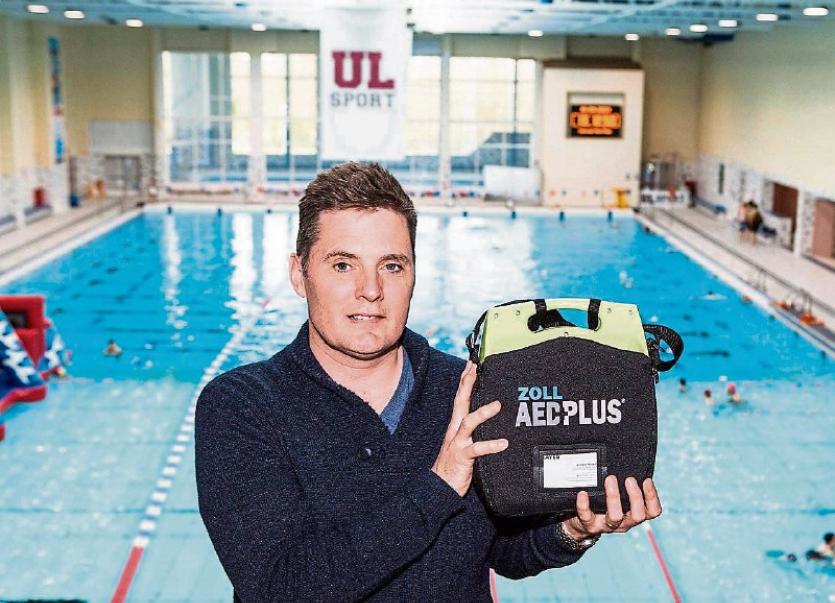 A LIMERICK man is raising funds to increase the number of defibrillators and people with CPR training which "will save lives and allow another mother or father like me to see their children grow up".

Barry Long, aged 46, from Annacotty had a heart attack while swimming in the UL Arena 50m pool on March 10.

"I was saved due to the fast actions of the well-trained lifeguard and some bystanders with training in CPR. They were supported by the gardai (a trained first responder) and ambulance service.

"It is thanks to all involved that I am here to tell the tale. They allowed me to recover enough so the cardiac team in UHL could put three stents in my heart and I am now recovering very well. The cardiac facilities in UHL are world class and we should be very proud the staff and the facilities," said Barry.

"It was the determination of all involved that they were not prepared to let me go that I am here at home recovering with my three boys – Adam, 12; Evan, 10; Hugo, 6 and my wife Sarah. I had just lost my mother Bernie to pancreatic cancer six weeks earlier so this could have been devastating had I not been lucky enough to have been so well cared for," said Barry.

He has become aware that the gardai involved – Paul and Niamh – are part of a pilot scheme, in which, as trained first responders they react to text alerts for things like heart attacks, choking etc within a 10km radius of Mayorstone garda station.

"However, they have only one automated external defibrillator (AED in one patrol car and, ideally, could have one in each of the three patrol cars that regularly patrol their area," said Barry, who contacted Anne Riordan, regional manager of the Irish Heart Foundation, and found out they are about to kick off a fundraising drive to raise money to provide CPR training in all secondary schools around Limerick.

"So, in conjunction, with the Irish Heart Foundation please support this fundraising drive because if we raise the funds to increase the number of AEDs and people with CPR training in Limerick city, we can and will save lives and allow another mother or father like me to see their children grow up," he said.