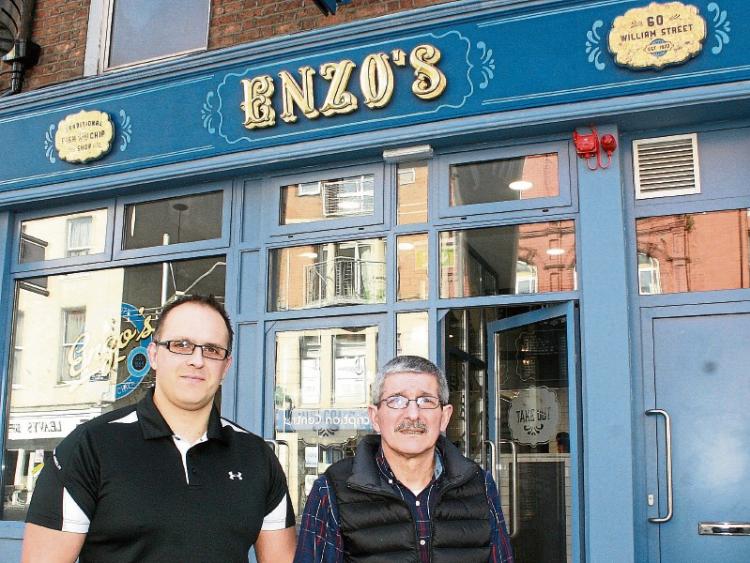 Raffaele and his father Enzo outside their newly renovated eatery

ENZO Rocca and his son Raffaele sit sideways by the window, watching those who pass through their restaurant on William Street.

The large number of famished and full-bellied customers walking through is not the only thing that 66-year-old Enzo is admiring on this sunny Friday afternoon.

The fish ‘n’ chip stalwart was celebrating the reopening of his 32-year-old restaurant, following an intensive three-week renovation.

A strong ray of light beams in from the street, contrasting the bright themes that Raffaele, 38, had initially imagined with the designers.

The facade has seen a complete face-lift. From the old white sign with bold red type, cream-painted walls and brown window frame — it has transformed into a sapphire shop front, with meticulously-crafted gold leaf signage.

“We didn’t want to be too modern about our sign. We wanted to go back a generation with it. We wanted to get new customers, without alienating the old ones, and that is down to the designer,” Raffaele explains.

The hour of celebration also marks a moment of reflection for Enzo, who emigrated from the small Italian region of Casalvieri to Limerick in 1972, to live the ‘Irish dream’. 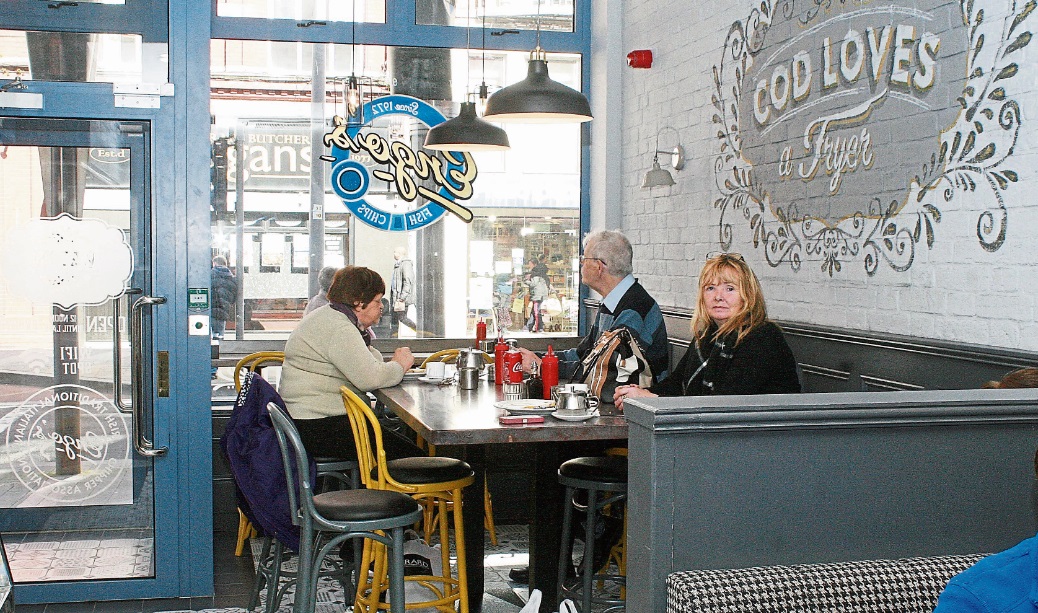 Growing up, just a few miles southeast of Rome, Enzo was inspired by the young men who had travelled to Ireland and returned home driving “really nice cars” and showing off notable wealth.

Enzo followed his brother Gino’s footsteps, and travelled to Limerick with his cousin Ernie Rocca. His younger brother Franco came to Limerick a number of years later.

The common practice for Italians moving to Ireland was to work for already-established Italians. And that is what Enzo did, aged 22, when he started working at Capri chipper on O’Connell Street.

It was a special place for the young Italiano to learn the trade, his son says. The food choices in Limerick city in the early 70s were few, and not many restaurants stayed open until 4.30am. This was to accommodate those attending the showbands in Dromkeen and Shanagolden. 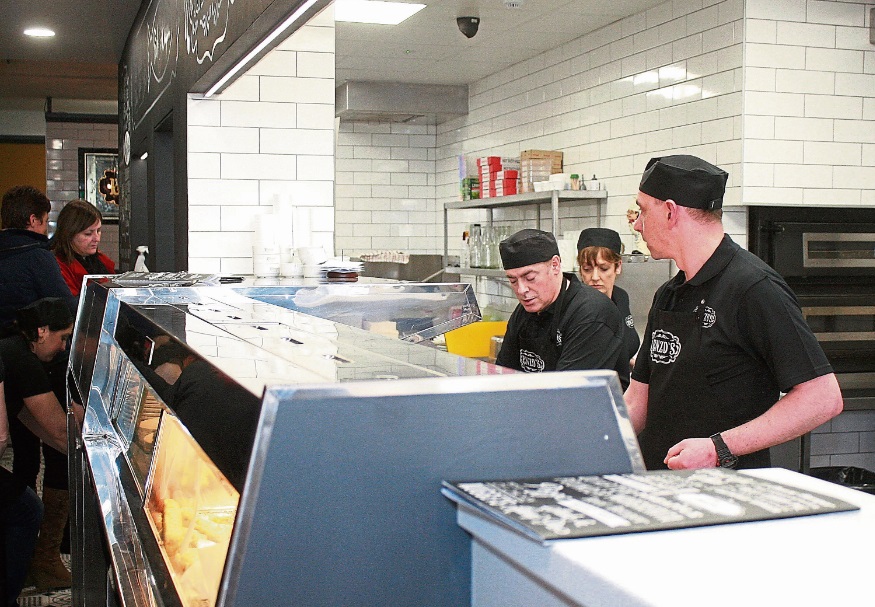 After meeting his Ballyhahill wife Joanne in 1974, he moved to Newcastle West, where he established Golden Grill, his first chipper, with his brother Franco.

“I learned as much as I could, but you learn much more as you get older. And in 1977, I got married, and my brother got married in 1978, so we decided that we needed another chipper. So I set up another one in Tralee, also called Golden Grill,” Enzo says.

The chipper in Tralee proved to be the catalyst for setting up his current restaurant in the city centre.

“And in ‘84, I thought that Tralee wasn’t doing really well. I didn’t see much of a future in it, and I thought it was going to go down. And in 1984, I purchased this place. And I am here ever since. It was very busy back then. It was a great spot, and still is.”

Enzo’s Fish and Chip Shop was originally an Italian seafood restaurant, serving an array of niche dishes that were considered “too premature” for its time.

“We didn’t have the money to support that kind of restaurant,” Raffaele says, adding that to stock the vast amount of ingredients for this type of cuisine proved to be costly.

“There was one dish, in particular — oysters and champagne sauce. And we were saying: ‘What in the name of God were we thinking?’ Because, to make that, you had to open a bottle of champagne. And the only happy person was the chef, because if he didn’t use the champagne for more than two portions of sauce, he was bringing it home with him!”

“It was 20 years too early,” Enzo remarks, to which his son laughs: “But sometimes you can be too far ahead of your time.”

And so Enzo reverted back to what he knew best — mastering the fish and chip dish. And ever since, that has been his restaurant’s unique selling point. Passion in preparing the potato is also key to making great food, he adds.

But in the summer of 2001, Enzo’s midnight fry-up became the subject of international publicity, when Financial Times journalist Nicholas Woodsworth described the food as “excellent” and commended Enzo’s for its “impeccable service”.

“And customers kept coming up to me and saying: ‘You done it again, you are in the paper again!’ And I was, like, ‘what?’ And I picked up the paper and saw it,” he says, adding that it was a proud moment to see such international recognition.

As they discuss the restaurant’s new facelift, a number of locals walk by, saluting Enzo to congratulate him on the artistic renovation.

And while they wanted to get rid of old panelling to modernise the unit, interior designer Cora was adamant to keep it.

“It’s a testament that if you keep something for long enough, it will eventually come back into fashion,” Raffaele explains.

“We used to have two round tables but they have been replaced by a minute of chairs and bench seating, as well as having installed three booths in the midsection. The higher tables out the front section and the bench across the front window are all new additions. We basically kept the same layout as before just with new floor and wall tiles.”

And the results of the new look have been hugely positive, Enzo’s right-hand man remarks.

“There is a different profile of customers, too. People who we seeing less frequently, we are now seeing more frequently. And it is a bit more accessible to the younger generation, now.”

Raffaele says that they are looking forward to a busy summer when tourist numbers start to increase.

Enzo thanks their loyal customers for their patience throughout the three-week renovations.