Patrick Culhane was touring the Houses of Parliament when attacker struck 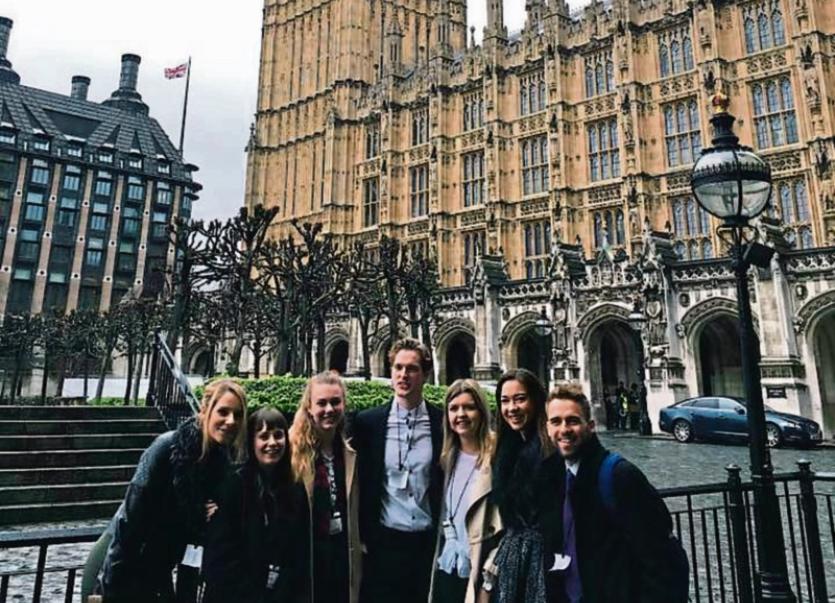 Patrick Culhane, centre, with classmates in front of Big Ben on the morning of the Westminster attack

A LIMERICK man who was in Westminster on the day of the terror attack last week has said the incident was “scary”, but praised the quick response by security and police.

Patrick Culhane from Mungret was held up in the Westminster complex on Wednesday, March 22, while on a tour with his classmates from the University of Sheffield.

The Broadcast Journalism student was stuck inside for at least five hours while the emergency services dealt with the major terror incident which left five people dead.

“We had done a tour of the houses of parliament that morning - we were in the Commons and the House of Lords - then we went on break at 1.30pm,” said Patrick.

“Me and some friends came back at 2.25pm into Portcullis House where we were to have talks from journalists. Portcullis House is just right across the road from Big Ben and part of the Westminster Complex,” he explained.

“I went to the bathroom and when I came out, everyone was pressed up against the window. We were on the first floor which looks down onto an atrium. We didn’t know what was happening, but then suddenly we saw people sprinting away and security services running everywhere.

“We were then told to get away from the glass and were put into a room, and we stayed there for over an hour. We were on lockdown, and were then moved further from the attack location.

“We ended up in the corridors of MP offices, and were there for about five hours,” said Patrick of the ordeal. Although Patrick was in the bathroom at the moment of the attack, he said some members of the group “saw a body on the ground”.

“I believe it was the police officer,” he said, referring to PC Keith Palmer who died when he was stabbed by the attacker, Khalid Masood.

“Some heard gunshots,” he added. Hours after the attack, the group was allowed to leave the building.

“A lot of the road was blocked off and loads of police officers came and spoke to everyone who'd been on lockdown, which was maybe over 500 or 600 people, one by one,” said Patrick.

“It was scary but I think the security services were on it, and they were good at keeping things calm, so we felt safe pretty quickly.

“They just took us through a questionnaire - whether we’d seen anything, if we needed support, and gave us a specific hotline number in case we thought of anything later,” he explained.

The student praised the work of the police and security services for their fast response to the incident.

“They seemed to have the attack contained so quickly, but then it was the Houses of Parliament, so you would kind of expect that,” he added.

The entire attack lasted 82 seconds before Masood was shot by a police firearms officer inside the Palace of Westminster.

At 2.40pm, he drove a car over Westminster Bridge near the Houses of Parliament, eventually mounting the pavement and hitting pedestrians at random, killing four.

He then crashed the car, and ran into Westminster Palace armed with a knife, where he killed the policeman.