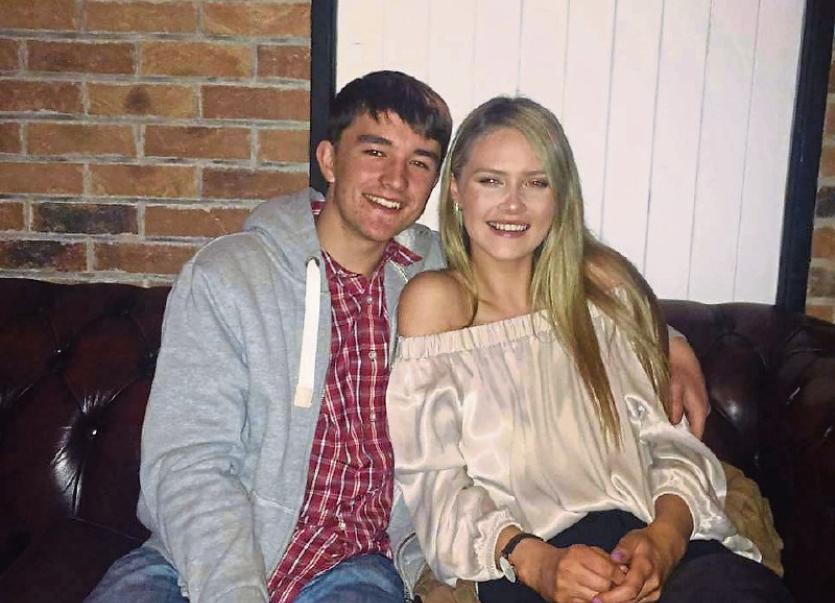 THE SECOND teenager killed in the double-vehicle collision in Abbeyfeale has been named as Delia Keary from Ennis.

The 18-year-old died after the vehicle she was travelling in collided with a truck at Ward’s Cross, along the N21 Limerick-Tralee road, one mile east of Abbeyfeale, on Friday night.

Her 19-year-old boyfriend Gary Kelly, who was the driver of the vehicle, was pronounced dead at the scene.

Ms Keary was taken by ambulance to University Hospital Limerick where her injuries were described as “critical”. On Saturday night, the Clare native was pronounced dead.

It is understood that the driver of the truck was uninjured, according to gardaí.

Reposing at his grandparents' residence, Bobby and Caroline Stack, Golflinks View, Golflinks Road, Ennis, on Tuesday 28th March, from 4pm until 8pm. Funeral arriving to Ennis Cathedral on Wednesday morning for Funeral Mass at 11am. Burial afterwards in Drumcliffe Cemetery. Family flowers only please, donations if desired to Slainte and Chlair.

Gardai wish to appeal for witnesses to contact Newcastle West Garda Station on 069 20650, The Garda Confidential Telephone Line 1800 666 111 or any Garda Station.