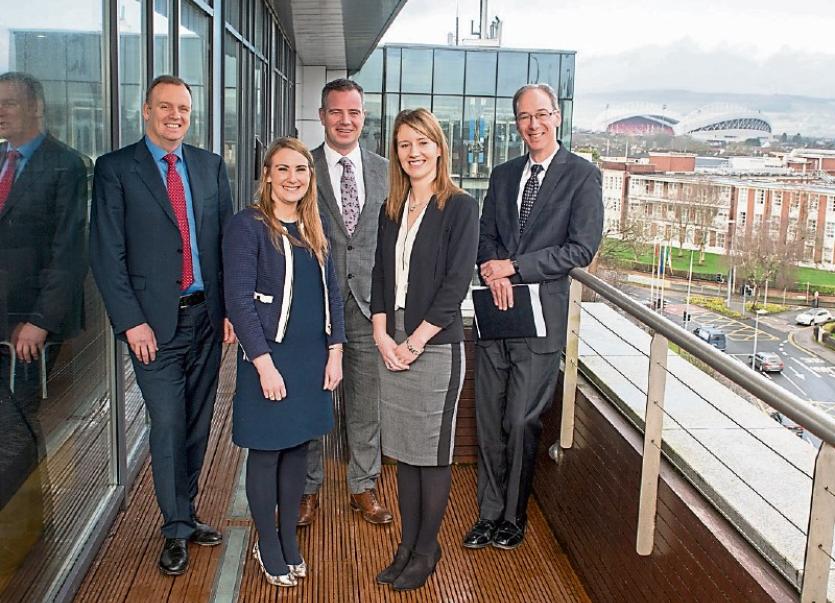 A TOP international economist has assured Irish business interests the likelihood of a border tax to transform America into a tax haven is “very modest”.

Addressing a Limerick Chamber briefing event, Carl Tannenbaum, the chief economist  for financial services firm Northern Trust, which employs 800 people in Limerick believes the likelihood of a border tax happening is less than a quarter.

Mr Tannenbaum was joined in addressing over 120 business representatives at the Limerick Chamber event in the Limerick Strand Hotel by Dr. Loretta O'Sullivan, group chief economist at Bank of Ireland and Caroline Kelleher, director of policy with Limerick Chamber.

He said the proposed border tax is at its heart a way of promoting export out of the US and disadvantaging import into the US.

“It would prospectively turn the US into the biggest tax haven on the face of the earth. And of course in this part of the world, which has made a lot of headway by having corporate friendly policies, this is alarming. The good news is that for Ireland and the UK and perhaps the bad news for the US, the likelihood of this is actually very modest. At first level, it violates world trade rules,” he said, adding that the one thing everyone wants to avoid is a trade-war which no one would win.”

With regard to Brexit impacts, he said that there will be opportunities for Ireland as businesses looking for locations to deepen their investment will not go to a market that may not be part of the European Union.

“I won’t speak for anyone in particular but I am certainly aware that a number of the larger companies operating globally here in this part of the world are considering locations and strategies as contingency to make sure that they can continue to serve the common market,” he said.

He anticipates article 50 will be invoked sometime before the end of this month and we will then hear “a drumbeat of issues” that will suggest resolution is impossible but these are opening salvos only and a first step in what is going to be an iterative negotiation that will end up somewhere more reasonable.

Also speaking at the event, Dr O’Sullivan, who heads up Bank of Ireland’s economic research unit said that uncertainty around Brexit and the US is weighing on the minds of business and householders.  “It’s early days yet in terms of Brexit.  So far the impact from an Irish context has been the weaker pound, which is impacting on some of our exporters, particularly those trading into the UK and also we have seen a little bit of softening in confidence amongst businesses and consumers. We do see it having an impact on the economy and we have revised our growth numbers to reflect that and still see the economy growing around 3% this year and next year.

“With Brexit the rhetoric at the moment is around a hard Brexit. There’s a negotiation process to be gone through and what is key is the nature of the trade relationship that comes out of it.  But there are also some opportunities, particularly in the FDI space and some potential relocation of activity to Ireland which requires us to be agile and look to exploit,” she said.

Ms Kelleher added: “It was very interesting to hear the presentations which looked collectively at the impact of Brexit, the US election and, indeed, political uncertainty across Europe with elections taking place.    There is some downside risk but we are continuing to grow as an economy and there will be growth. Ultimately we are on an upward trajectory.”