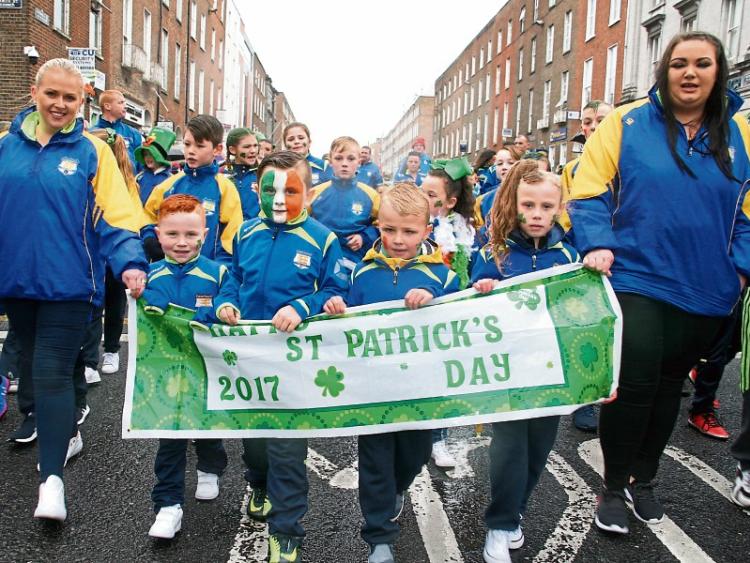 A CROWD estimated to be around 50,000 people were in Limerick today for the city’s annual St Patrick’s Day celebration.

The colourful parade featured around 4,000 different participants and 78 floats showcasing some of the most creative aspects of Limerick life.

Despite dreary weather, which no doubt affected the attendance, there was a splash of colour from all the entries involved.

There was excitement in the air as award winning street performing groups Lumen, Luxe and Artastic entertained onlookers.

A tickertape parade got the party into full swing, with Limerick Person of the Year Luke Culhane the first to pass through O’Connell Street as Grand Marshal.

Luke, 14, who has fought a crusading battle against cyberbullying, said: “I’m really proud. I’m Limerick through and through. It’s just class to be able to lead the St Patrick’s Day parade. I’ll remember this for the rest of my life.” 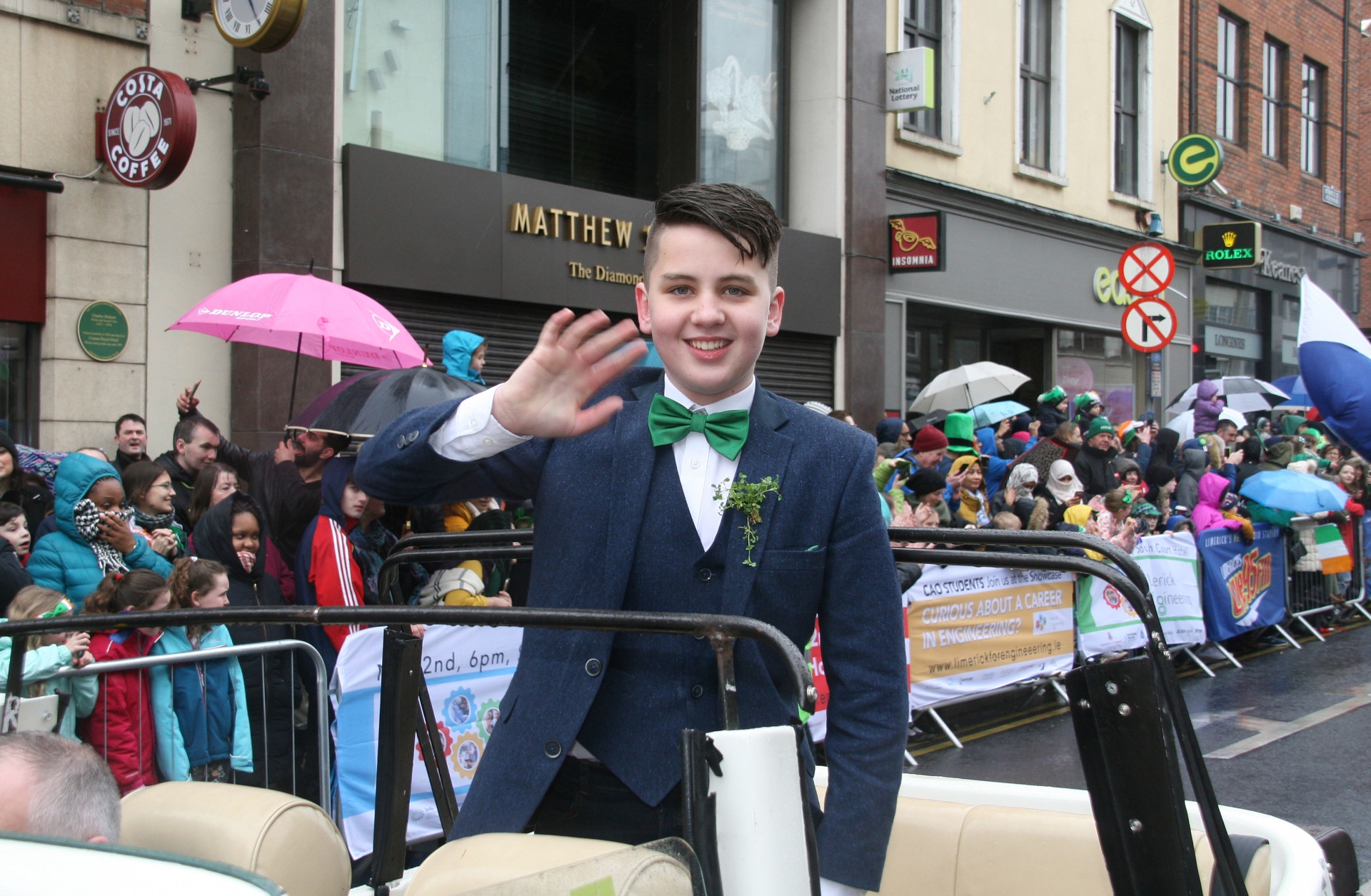 He was followed down Limerick’s main thoroughfare by the army flag.

Other highlights of the parade included the now-legendary giant tricolour flag, this year hauled down O’Connell Street by students of Sexton Street CBS.

There were appearances from a number of local brass bands, including Limerick’s oldest group, the Boherbuoy Brass and Reed Band and the Limerick Rhythm Marching Band.

And there were also colourful entries from the Moyross Smurfs, the Irish Chamber Orchestra and the Southside Gymnastics Club.

Street performers from Lumen, Luxe and Artastic also provided entertainment to the crowds, the latter teaming up with the city’s Spotlight stage school.

Metropolitan district mayor Cllr Michael Hourigan was one of many Limerick politicians present.

He said: “It’s a great turnout. The people of Limerick are to supportive of St Patrick’s Day. It’s a great occasion and it’s one of the days we all enjoy.”

Outside the city, communities got into the festive spirit, with ten parades and St Patrick’s celebrations taking place in towns and villages through the county.

In Bruff, locals gathered between the bridges for a duck race, with cash prizes on offer.

Across in the west, there were well-attended parades in Abbeyfeale, Newcastle West, Askeaton and Rathkeale.

It’s expected Limerick’s economy will benefit to the tune of €10m from this year’s celebrations.