Project due to be completed by November 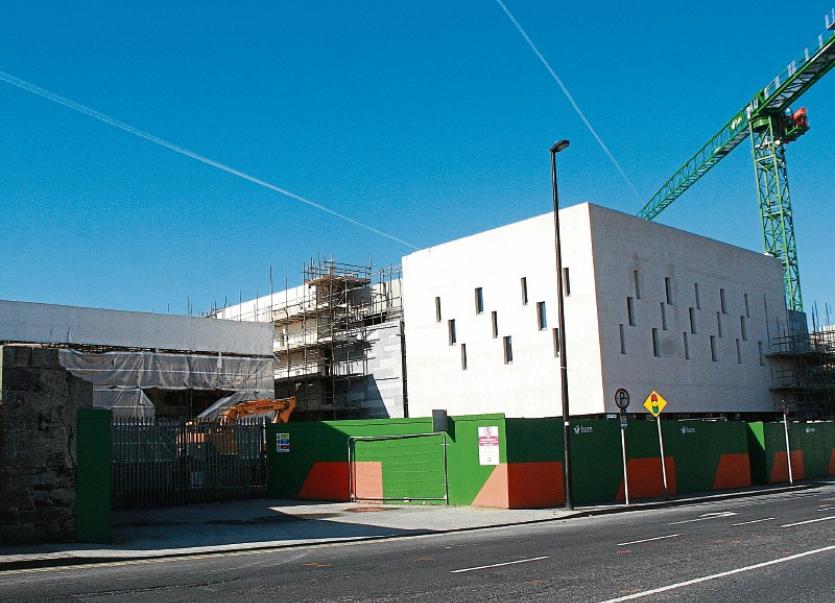 The new courthouse at Mulgrave Street is due to be completed by November Picture: Michael Cowhey

JUST two of the six courtrooms at the new criminal courts complex on Mulgrave Street will be fitted out with video conferencing facilities, it can be revealed.

The state-of-the art facility, which is being built at a site adjacent to Limerick Prison on Mulgrave Street, is due to be completed by the end of October.

Local Courts Service management are currently planning the move (from Merchant’s Quay) and members of the judiciary are to be consulted shortly as to the exact date that courts will begin sitting at the new complex.

Briefing notes released to this newspaper in response to a Freedom of Information request indicate concerns about the video conferencing facilities were raised at a meeting of the Limerick Courts Users Group last month.

A request for a copy of the minutes of the meeting was refused by the Courts Service which stated that that were no formal minutes as it was a single issue meeting “where an update was given as to the progress of the new courthouse”.

Minutes of a previous meeting held last November were furnished in response to a separate Freedom of Information request submitted by the Limerick Leader.

While the request relating to last month’s meeting was refused, a “brief note” of the matters discussed was included in the response to the FOI request.

According to the documentation, members of the group which includes legal practitioners, gardai and Courts Service officials, were told that while all six courtrooms will be wired for video conferencing facilties it will only be available in two courtrooms initially.

The possibility of providing video link facilities in a third courtroom from the outset was raised at the meeting and officials undertook to look into this ahead of the next meeting.

Other matters raised included the proposed seating arrangements in the courtrooms for practitioners, security arrangements at the complex and the number of the car parking spaces.

According to the notes, it has been confirmed there will be access controls “on most of the doors” and that the building will be divided into different zones allowing card holders access to areas appropriate to them.

It was also confirmed that a room will be provided for state solicitors and secure interview rooms controlled by the Irish Prison Service will also be available.

When completed, all criminal cases before the district court, and circuit court will be held at the new compex. The Central Criminal Court is also expected to sit there regularly.

All civil cases will continue to be heard at the County Courthouse, Merchant’s Quay.