Court told Limerick man was 'nailed to floor' during attack 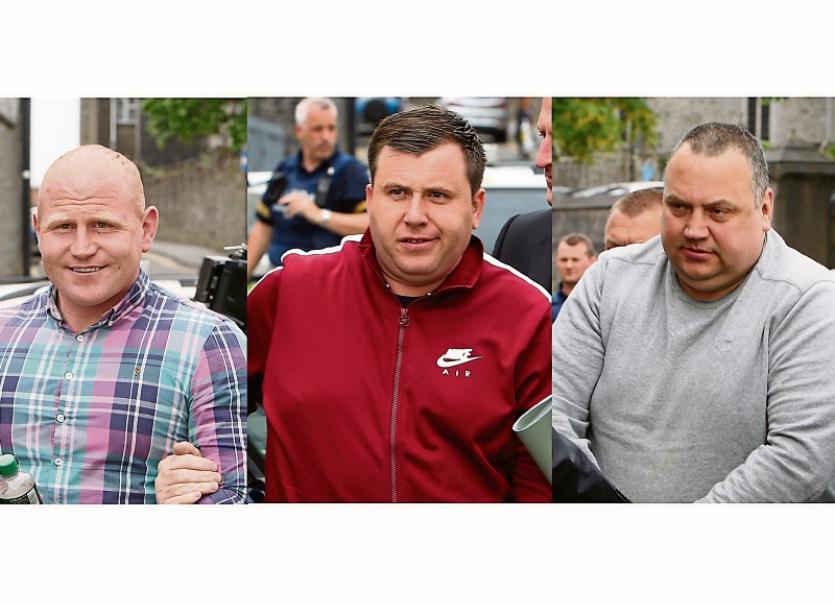 A COUNTY Limerick man was beaten and his left foot nailed with a nail-gun to the kitchen floor of a house in the city, the Special Criminal Court has heard.

Giving evidence this Wednesday, Dan Quilligan, the alleged victim, told the three-judge non-jury court that he did not know the names of the men who assaulted him.

The defendants, who all have addresses in the city, are accused of falsely imprisoning and assaulting the now 53-year-old man at Larch Court, Kennedy Park on September 14, 2015.

Mr Quilligan, who is from Rathkeale, told Tara Burns SC, prosecuting, that on the day of the alleged assault he was with a friend in Limerick, at the train-station, drinking a pint.

His friend got a telephone call and they both went to a house, the court heard, with his friend driving a van there.

They arrived at the house and entered through the back. There were two or three people there, the court heard.

"Before I knew it I got a beating and I was nailed to the floor," Mr Quilligan said, adding, "I had a couple of pints. It was all a shock."

Mr Quilligan was told to sit down in a chair. "I got a slap to the jaw and a belt into the side of the head," he said.

The nail gun was shot into his right foot and his left foot was nailed to the floor, the court heard.

He said that he did not know the names of the men. There were "two fellas at the door", the court heard.​

​​"I had a couple of pints, I was sick that day, and maybe I had a whiskey," Mr Quilligan said.

He told the court that the assailants left and he got his leg free from the floor and ran. He passed out in his friend's van on the way to the hospital, the court heard.

Mr Quilligan was in hospital for three or four days.

One day, while outside smoking a cigarette, he received a phonecall, he said, adding that it was from the man who lived at the house where he was assaulted.

"The man asked me how's your feet?" Mr Quilligan said, before two guards came over and took the phone from the complainant.

Earlier, Ms Burns told the court that the the prosecution case is that the telephone call directing Mr Quilligan and his friend to the house at Larch Court came from Mr Hayes' phone number.

The court will hear evidence, she said, that the three accused men were present at the Larch Court house prior to the assault.

She said it is expected the court will hear evidence that Mr Mackin and Mr Heffernan were wearing boiler suits and that Mr Heffernan had an object in his hand, prior to the assault, described as a nail-gun.