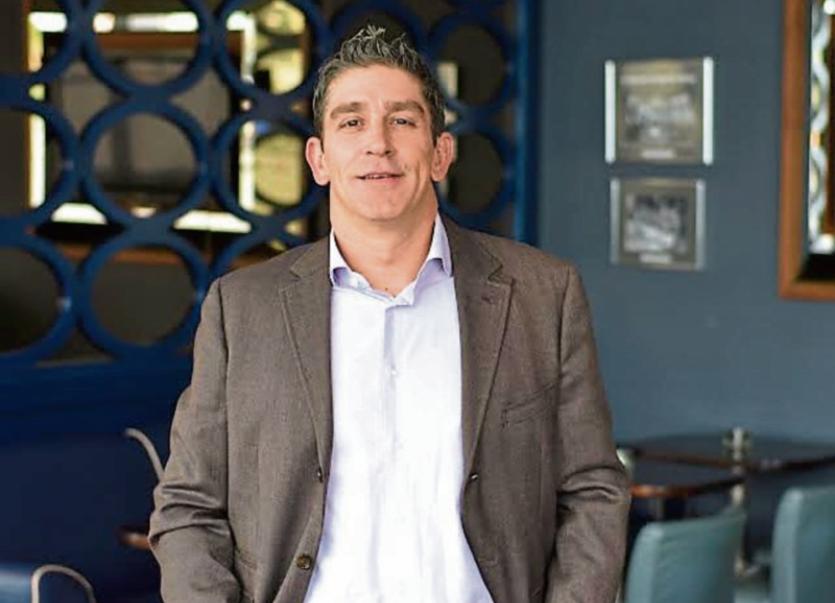 ONE OF the world’s most renowned modern poets, Richard Blanco wishes to return to Limerick city as a writer-in-residence, he has exclusively told the Limerick Leader.

Blanco, 49, is one of five inaugural poets in US history — others including Robert Frost — after former president Barack Obama invited him to read his most acclaimed poem, One Today, at his second inauguration ceremony in 2013.

The famous writer, who is an openly-gay, immigrant Latino of Cuban-American status, recently delivered a talk to celebrate the Kate O’Brien Literary Festival, at the Limerick City Art Gallery, at which he said that he felt Limerick was his “second home”.

His two-day sojourn marked his second stay in Limerick city — his previous visit was in August 2014, when he served as writer-in-residence as part of the National City of Culture designation.

Speaking to the Limerick Leader from No 1 Pery Square Hotel, Blanco said that he was “very happy” to return to the city, and is looking to return in the near future.

“I am trying to plot, already, some kind of residency with the University of Limerick, or I hear that the city has residency apartments, so I have started to investigate that.”

He added: “There’s something inexplicably wonderful about Limerick that I can’t quite figure out, yet. I think part of it is the authenticity of Limerick.

“And, of course, a city is made up of people and a community, so that is part of it. One can go to many lovely cities but never really meet people who actually live there.

“And Limerick is wonderful in that sense, it feels like I am living the way the Irish live, and I get to see that in every moment on the street and in the café.”

During his first Irish media interview with this newspaper in 2014, the Maine man fondly recalled meeting Barack Obama for the first time in the Oval Office, describing him as a “tremendously friendly” person.

Since that interview, Richard has built a stronger relationship with the former US president, after being appointed to a focus group for the new Barack Obama Presidential Center, which is due to be open in its doors in Chicago within the next five years.

His role, he explained, is to create a narrative for the facility, which will look back on Obama’s eight years as an influential world leader.

When asked what he considered to be the new American narrative since the election of Donald Trump, he said the difference has been a “polar extreme”.

“There’s a resurrecting of a narrative that never really existed, of ‘Making America great again’, appealing to a nostalgic vision that probably never was.

“So, there’s clearly a change in rhetoric, a rhetoric of exclusion and inclusion. But, at the same token, it doesn’t come as a complete surprise, because I think the way our democracy has always moved, the pendulum has always swung.

“The thing is, this swing of the pendulum is really shocking. It’s really a polar extreme,” he explained.

Inspired by the two-week residency in 2014, Blanco penned the poem Leaving Limerick in the Rain, which has since been written in the form of classical music.

He recited the poem, for the first time to a Limerick audience, at the Pery Square gallery, which was met with thunderous applause by those in attendance.

Twenty minutes before jumping into a taxi to Shannon Airport, Richard admitted that the short vacation to Limerick was “kind of a teaser.”

“I felt that this trip was too short. I wanted to hang out more, and drink more!” he laughed.