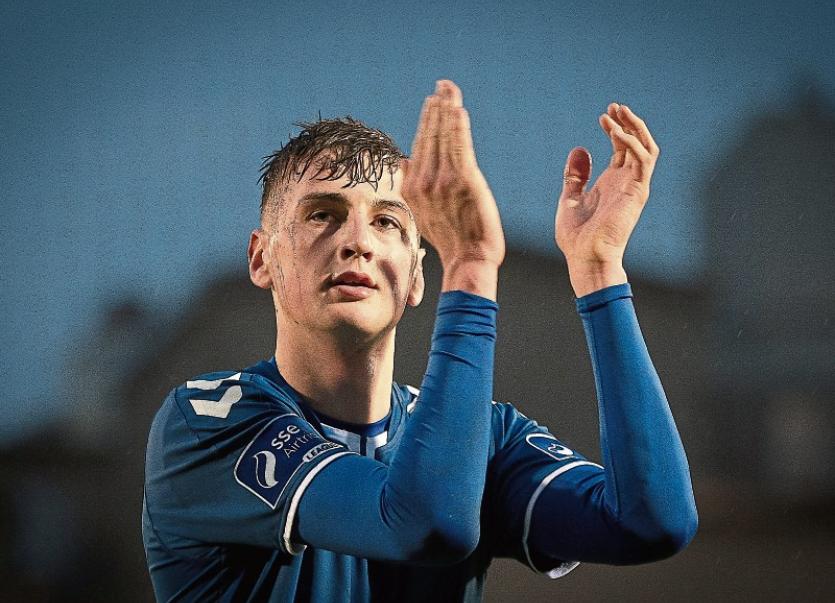 Paudie O’Connor thanked the management and fans at Limerick FC

A BALLYBROWN teenager is preparing for a move to the UK after being signed by Leeds United.

Paudie O’Connor, 19, who currently plays for Limerick FC, has put pen to paper on a two and a half year contract with the English Championship club.

Paudie, who went to Salesian Secondary College in Pallaskenry, spent the last three seasons with Limerick FC where he has featured in both the Premier and First Divisions for the Blues.

“I watched a lot of Paolo Maldini and Alessandro Nesta growing up, they used to play for AC Milan and Italy. They used to be top class defenders,” Paudie said of his childhood heroes.

“Closer to home, I used to love watching Roy Keane play and his passion for winning,” he told the Limerick Leader.

Speculation had been mounting over O’Connor’s future, as he did not re-sign with Limerick FC ahead of the start of the 2017 Premier Division season.

Turning 20 in July, he started playing for Kilcornan at the age of six. He moved closer to home to Breska Rovers at the age of eight, before moving to Regional United at 15.

After a successful year at Regional, Limerick FC asked him to sign on his 16th birthday in July 2013 for the Under-19 team. He made his senior debut for Limerick FC in April 2014.

It’s a proud week for the professional footballer’s parents Maura and Tom, who also have another son, 15-year-old Tomas, playing for Limerick FC at Under-17 level.

Paudie’s sisters are also represented on the field – his 14-year-old sister plays camogie for Limerick’s Under-15 team, and his older sister Niamh is currently studying as a physiotherapist.

After a year of balancing football with studying Engineering Technology at UL, Paudie said that he deferred his course in the hopes of making a career in football.

In a short statement on his Twitter account, O’Connor thanked management and fans at Limerick FC for an "amazing time" over the last three and a half years.