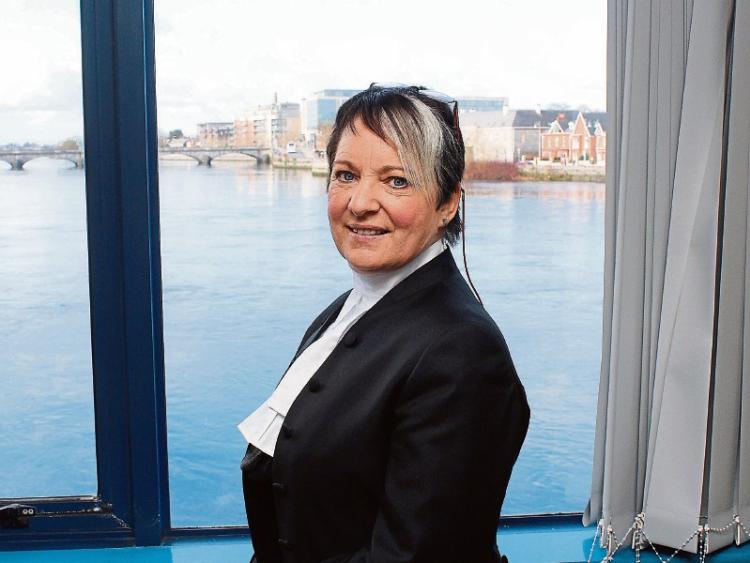 Judge Marian O’Leary: ‘I am going to give him his chance’

A COUNTY Limerick man who threatened to kill his neighbour was given a suspended prison sentence at Kilmallock Court.

In January 2016, Shane Aldridge, aged 24, of Garouse, Bruree pleaded guilty to a number of charges including thefts, trespass, threatening/abusive/insulting behaviour and a threat to kill.

The court heard at 8.30am on October 26, 2014, Garda Pat McEnery said Aldridge trespassed on a neighbour’s property.

“He was threatening and abusive. Aldridge followed him to the back door. He said, “I will kill you, you ex-pig,” said Garda McEnery.

Aldridge also entered the parish house on Water Street, Bruree and took a lawnmower, hedge trimmers, leaf blower and grass strimmer. And on March 29, 2015, Aldridge engaged in threatening/abusive/insulting behaviour in the Central Bar in Bruree.

“He made gestures towards a man in the shape of a gun. He called the man’s partner a ‘northern b***h’. Aldridge was ejected from the premises,” said Garda McEnery.

Aldridge’s solicitor, Robin Lee, said his client has “turned over a completely new leaf” and is a recovering drug user.

Judge O’Leary asked for garda and probation reports before adjourning the case.

“Keep up the good work. Well done. I will deal with it leniently if you keep it up,” said Judge O’Leary.

After a number of adjournments due to an issue with the victim impact statement, Aldridge was sentenced last month.

Judge O’Leary was informed there was something in the victim impact statement that “she couldn’t see”.

Mr Lee said the part that was causing difficulty was an allegation that Aldridge continued to intimidate the victim by staring at his house.

“This is not before the courts,” said Mr Lee.

Sergeant Michelle Leahy accepted it shouldn’t be in the victim impact statement.

In mitigation, Mr Lee said his instructions are that Aldridge has not come to garda notice.

“He completed a course with the Peter McVerry Trust in Dublin and also worked there afterwards doing social work. He has also received other treatment. He did secure employment in a large building project in Adare. That didn’t endure through no fault of his own. He is living at home with his mother,” said Mr Lee.

Judge O’Leary asked if this was close to the victim?

“Yes. My client has seen very clearly the folly of that kind of behaviour. He did get sucked in to drugs but he has battled it and beaten his demons. He plans to join his uncle in Kilkenny as a security man. He works in the entertainment business. Or work with his father in England in carpentry / roofing,” said Mr Lee.

The solicitor said his client accepted what he did was “dreadful”.

“He is bursting to move on,” said Mr Lee.

“There are a number of matters. I have noted he has done very well in treatment - I hope that continues. He hasn’t been in trouble since 2014. I am going to give him his chance,” said Judge O’Leary, after the break.

She gave Aldridge an eight month suspended prison sentence for threatening to kill his neighbour; fined him €250 for trespass and €200 for one of the thefts. She took the other matters into consideration.

Aldridge said he was just walking his dogs in a field in front of the victim’s house.

“I won’t do that anymore. Is it OK if my mother walks the dog there?” asked Mr Aldridge.

“Yes, but you will have to get in your car and go somewhere else to walk them,” said Judge O’Leary.