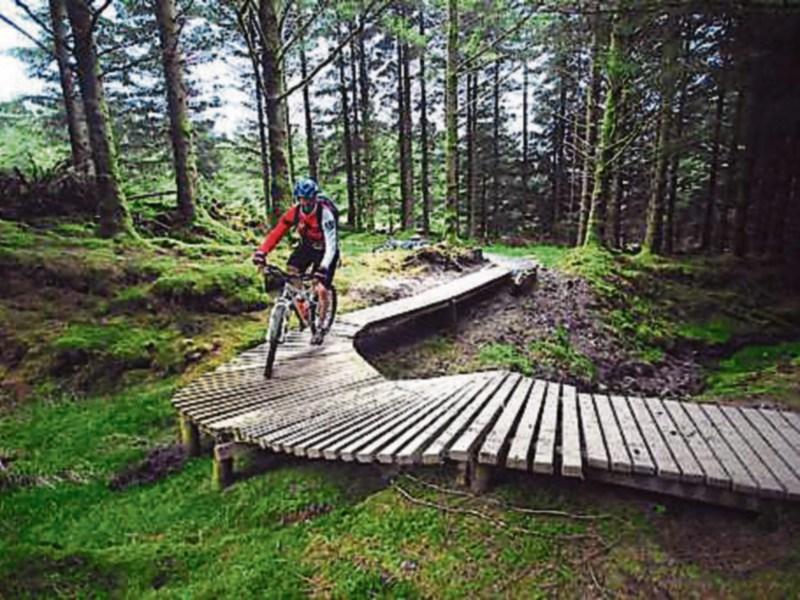 The young man was found at 2am after losing his way on the Ballyhoura trail, pictured above

A MOUNTAIN biker who lost his way while exploring the Ballyhoura trail was rescued at 2am after an extensive search operation.

The young man, who is understood to be in his 20s, was navigating the extensive trail with his father when he lost his way after taking an alternative loop.

The alarm was raised and a major search operation swung into action.

The rescue team received a call from Henry Street garda station and volunteers came from as far away as Kilkenny to join up with local mountain bikers and staff from Kilfinane Outdoor Education Centre who had already started the search.

The South Eastern Mountain Rescue Association came to the rescue of the biker at approximately 2am on Sunday, February 26 last. The alarm had been raised at approximately 9pm on the Saturday evening.

According to one mountain biker, the young man was found approximately 5km from the base of the popular Ballyhoura Mountain Bike Trail which is located close to Ardpatrick.

“It’s thought that the individual may have been staying the holiday home. He took on more than he was able for,” said the mountain biker.

“He went out with his father first. His father decided to go on the brown loop, he said he would do the white loop and got lost. I think he was settling down for the night which wouldn’t have been the best idea as the weather was very cold. If he didn’t know the trails he wouldn’t know how far back he was.”

Following a medical check the young man was reunited with his very relieved parents.

The Ballyhoura Mountain Bike Trail is the largest trail network of its kind in Ireland and provides many options for off-road cycling in the mountains. The trails are laid out in five loops, each leading onto the next.