Trailer seized in Limerick village was missing a wheel 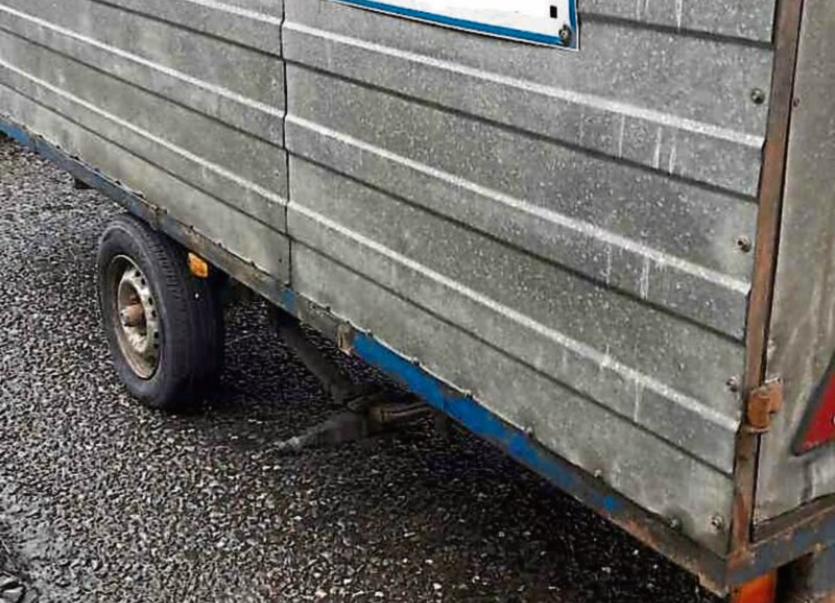 A MOTORIST is facing prosecution after gardai seized a trailer which was missing a wheel.

The detection was made in Adare earlier this week at a checkpoint which was manned by members of the divisional traffic corps.

A number of other vehicles were impounded on the same day under the provisions of the Road Traffic Act as they did not have motor tax or insurance.

According to gardai, the tax on one of the cars expired almost four years ago.