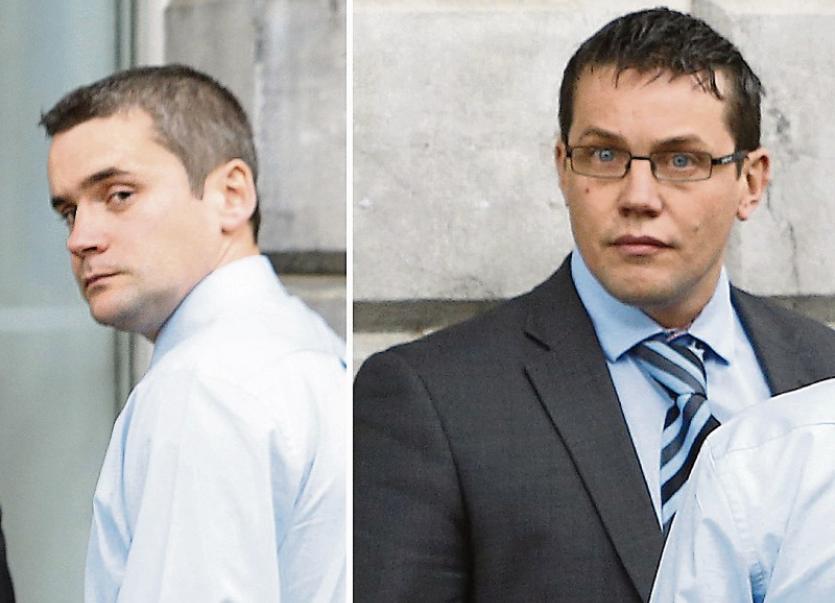 TWO Dublin-based gardai who allegedly tried to gain access to a brothel during a Christmas party in Limerick have failed in their bid to stop an internal garda disciplinary investigation.

Garda David Naughton and Garda Wesley Kenny,  who both deny the claims, initiated Judicial Review proceedings seeking to prevent the inquiry from continuing on grounds including that it was unfair and oppressive.

The pair, who have addresses in Dublin, were previously found not guilty of criminal charges following a three-day-hearing at Limerick District Court.

Judge Grainne O’Neill was told the men were attending a Christmas night out when they allegedly assaulted two brothers near Jerry Flannery’s bar on Catherine Street.

It was the prosecution case that the two off duty gardai had reacted angrily and “lost control” after they were unable to find prostitutes at a premises on Cecil Street.

While the criminal charges were dismissed in November 2014, an internal Garda board of inquiry was established in May 2015 to establish if there had been a breach of discipline under the 2007 Garda Discipline Regulations.

It was convened in September 2015 and heard submissions.

The two gardai are accused of discreditable conduct for allegedly attempting to gain access to an apartment building at Upper Cecil Street Limerick seeking the services of a prostitute.

In judicial review proceedings against the Garda Commissioner, the two gardai sought an order restraining the  board of inquiry from continuing with its investigation.

The application was brought on grounds including that disciplinary proceedings cannot be brought against a member if the inquiry involves the same issues which the member has been acquitted.

Lawyers for the two gardai argued it would be oppressive and unfair to allow the inquiry proceed  because the surrounding facts before the board of inquiry and the court were the same.

This would be contrary to Regulation 8 of the 2007 disciplinary regulations, it was argued.

Other grounds advanced included that the disciplinary board had failed to call evidence regarding the criminal case which amounted to a failure to inquire into all relevant facts.

The commissioner opposed the proceedings and argued that the inquiry should be allowed progress.

Giving the court's decision Mr Justice Michael White said while the case had raised issues that had not been before the courts before he was satisfied to dismiss the application.

The Judge who said he will issue his full judgment at a later date adjourned the matter to allow both sides consider the court's decision.