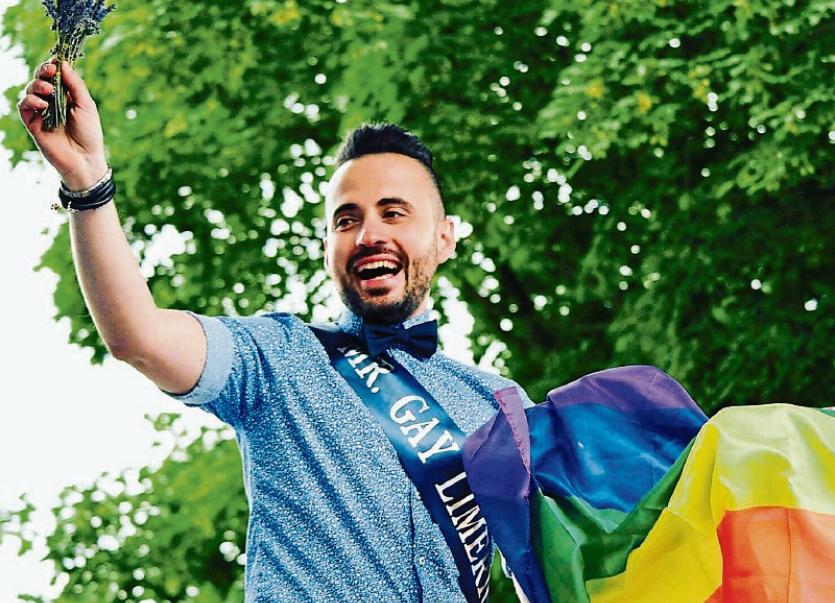 MR GAY Limerick is hoping to bring home the Irish title to the city for the first time this weekend.

Dr Christian Moretti, 32, an Italian native, author, and a secondary school teacher in county Limerick, is up against seven other hopefuls to take the crown this Saturday night, March 4, in Cork.

The Spanish and Italian language teacher will have to compete in a formal wear, and underwear/swimwear round, amongst other categories, during the 12th annual competition in Chambers Bar, Washington Street from 8pm.

All are welcome to travel with him for support on the night, as he competes against contestants from Cork, Dublin and Galway, in the first event held outside the capital.

The event will raise funds for St James’s hospital in Dublin, to help in their fight against HIV, with over €150,000 raised for this cause through successive events to date.

“I’m excited and nervous about the competition, but it should be fun,” he told the Limerick Leader.

The 32-year-old, who has taught in Colaiste Chiarain in Croom for the past six years, said bullying of gay, bisexual or transgender students in schools “is a huge issue unfortunately”, but he has an avenue to address these issues through his SPHE (social, personal and health education) class.

Dr Moretti, who holds a PhD in Comparative Literature from the University of Kent, won the Limerick title in Pery’s hotel last summer after deciding to enter “for the craic”, but from the outset he has used his role to to raise funds for Pieta House, the suicide prevention charity.

A native of Abulia, in southern Italy, whose mother is Swiss, he said he was delighted to win the Limerick title as he wanted to “give something back to Limerick because it has been such a good place to me.

"I came here for a job six years ago and Limerick is my home now. I absolutely love the school, and I love Limerick," he said.

Also a promising novelist, he has published his latest work, set in Italy and Limerick, with the prestigious Italian publishers, Edizioni Croce, based in Rome.

Entitled L'Attesa delle Isole' – or The Wait of the Islands - his second novel tells two intertwined stories that span 40 years.

It begins with a historical portrait of the Tremiti Islands, a small archipelago in the Adriatic Sea, which was home to a penal colony that imprisoned those convicted of homosexuality prior to the Second World War.

His second novel is that of Michele, who, after the death of his father, is forced to emigrate to Limerick with his mother. There he lives a double life, in hiding his love for his partner Niall.

Dr Moretti is now engaged to be married to a Limerick man.

There has never been a winner of Mr Gay Ireland from Limerick to date. The judging panel includes Vivienne McCarthy, director of Lockdown Models, Dave Mac, of Red FM, and Bram Bierkens, producer of Mr Gay Belgium.